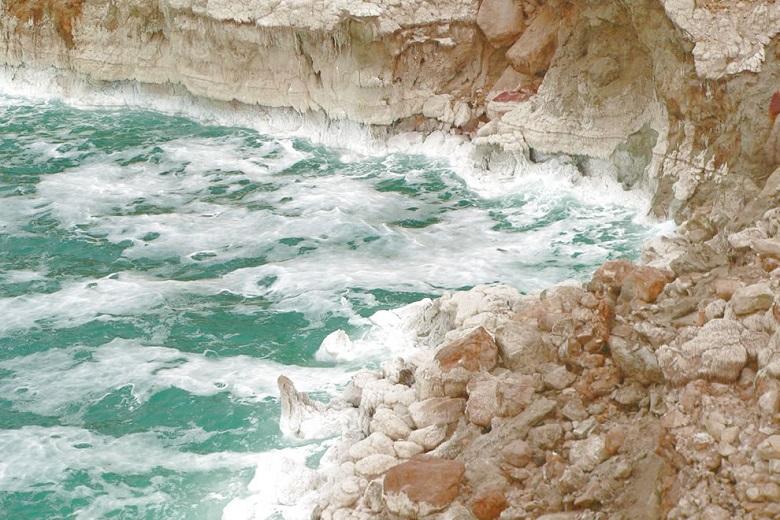 The Dead Sea is considered one of the most ancient and saline bodies of water on earth. It appeared about 4 thousand years ago as a result of an earthquake.

Its water and mud have a unique healing and rejuvenating effect. People with diseases of the skin, respiratory and endocrine systems come here. According to the biblical story, God destroyed Sodom and Gomorrah, and in their place was formed the Dead Sea, capable of healing. Our world can also become the Dead Sea, and God will punish people for indifference, pride, and greed.

Age, location, and features of the Dead Sea

Many extraordinary and mysterious places on planet Earth are considered real mysteries of nature. One of them is the Dead Sea. The name for the reservoir is very strange, but it went back to ancient times. In the 2nd century BC., it was first studied by the ancient Greek scientist Pausanias. Due to the high salt content in the water, most life forms cannot survive there.

Salt ions provoke the movement of water inside the cell, which leads to their destruction. However, some fungi, bacteria, and archaea managed to adapt to life in such a harsh environment.

This unique reservoir is also called “Lot’s Sea” (according to the biblical legend), “Asphalt Sea.” Natural asphalt erupts from the depths to the surface of the water. It looks like a black pebble. It was even used in ancient Egypt for mummification. This body of water is not a sea but a lake. Several mountain streams, including the Jordan River, flow into the lake, but not a single river flows out of it.

The Dead Sea is located in the Jordan Valley on the territory of three states:

Interestingly, Dead Lake is located 430 meters below sea level. Therefore, it is called the lowest point on the planet. The length is about 72 km, and the depth is from 2 to 500 meters. It has already been proven that water has a pronounced rejuvenating and healing effect.

The water contains not only sodium salts but also a large composition of minerals. Its waters contain about 300 grams of salt per 1 liter of liquid, 9 times more than in the ocean. Due to such a concentration of salts, a person cannot drown. Water holds it well on its surface.

Legends and stories about the Dead Sea, hypotheses of origin

This lake is mentioned in one of the biblical stories. Abraham and Lot went in search of the Promised Land at the behest of the Lord. The journey took a long time, and each of them already had families and a lot of cattle. To avoid conflicts between them, I had to disperse to live in different places. Lot settled in Sodom, located in the almost lifeless Jordan Valley. Abraham settled in the land of Canaan.

The Lord decided to destroy Sodom and Gomorrah because people completely forgot about God. They became angry, proud, and greedy. The messengers of God warned Lot and his family but emphasized that one should not look back at the city and the lake. Everyone did so, but Lot’s wife could not resist and look back. She became so attached to this place that she did not want to leave it. At the same hour, the woman turned into a pillar of salt.

And Lot and his daughters went to the small town of Zoar. According to legend, on the site of Sodom and Gomorrah, a salty sea arose – the Dead Sea. Its waters had a healing and rejuvenating effect. These places of vice have now begun to bring healing to people. Some experts consider this biblical story to be one of the hypotheses of the origin of the Dead Sea.

There is also a scientific version of the origin of this reservoir. For about 10 million years, the territory of Africa and Eurasia was a whole piece of land. As a result of seismic activity, the movement of lithospheric plates began, forming a tectonic fault. The earth split into 2 continents, and the depression was flooded with seawater.

6 million years ago, there was a strong volcanic eruption. Therefore, the water stopped flowing to the bay, which led to partial drying out and the formation of two lakes. One of them was the Dead Sea (lake). This reservoir has managed to survive for millions of years since the Jordan River supplied it with water.

Miracles of healing and rejuvenation of the Dead Sea

Indeed, the water in the Dead Sea has powerful healing and rejuvenating effects. Of course, this does not mean that it will help throw off several decades, but the transformation effect will be noticeable. The fact is that only here are their ions of 25 types of salts, and 12 of them are unique. They are found only here.

The waters contain high sodium, magnesium, potassium, calcium, iodine, bromine salts. It has a cleansing, soothing and toning effect. In addition, metabolic processes are enhanced, and an optimal amount of moisture is retained in the skin.

Those who have skin and rheumatic diseases, endocrinological pathologies, and reproductive system malfunctions come here. There are many spa resorts here, offering their clients effective rejuvenation and treatment programs. The basis is not only salt but also Dead Sea mud. Those who suffer from diseases of the respiratory system and ENT organs can also receive a therapeutic effect from staying on the shores of the Dead Sea.

All thanks to the additional amount of bromine and oxygen in the air. It has a relaxing effect. The Dead Sea is considered the most oxygenated and driest place on the planet. Interestingly, thanks to the unique climate, here you can safely sunbathe for a long time and not harm your health. It is impossible to get sunburn here. But for people with severe cardiovascular and nervous system diseases, this place is not quite suitable.

In many religions of the world, there are references to the Dead Sea. The history of its appearance is connected with the cities of Sodom and Gomorrah, which God destroyed. True, in different religions, the main characters’ names and cities differ in names, but the essence remains the same.

There is also Ezekiel’s prophecy about the Dead Sea, which came to him as a vision. Its essence was that water flowed to the east from under the threshold of the temple of God. It will descend on a lifeless plain and become the sea. His waters will bring healing to everyone who needs it. This water will give life to all who enter it.

Some experts argue that this prophecy has a subtle religious meaning. Wherever the water from the temple of God gets, it will always bear fruit. Perhaps the healing of the Dead Sea will occur in the future when the souls of sinners on this earth are healed.

Probably, the history of the destruction of Sodom and Gomorrah can repeat itself in our time. And instead of cities, such a Dead Sea is formed. People who have money, power, indifference, and envy in the first place will face the same fate as in the biblical story. Environmentalists have sounded the alarm today. The unique Dead Sea can dry up completely.