Superstar footballers, Coaches, and clubs should take another look at the study of Norwegian professor Geir Jordet before they start their games because, in a penalty series, that is being able to deal with immense pressure and, therefore, a psychological game. And with these tips, you have a greater chance of success.

Professor Geir Jordet is a big name in academia and teaches at the Norwegian School of Sport Sciences in Oslo. For five years, he researched the phenomenon of the penalty shoot-out. He has analyzed every penalty series from a World Cup, European Championship, and Champions League since 1976, interviewed 25 players who took part, and tested his findings with 15 clubs. His not entirely surprising conclusion? It’s a psychological game. Below are key results.

• The later in the penalty shoot-out, the more penalties will be missed. Defenders (who have a lesser kicking technique), players older than 23 (so there is a greater chance that young footballers do score), and players who have been on the field for 120 minutes also have a greater chance of missing out.

• World stars – just think of Messi, Ronaldo, and Mbappe – who have already won a prestigious individual prize, kick in an average of 65 percent of their penalties. Before receiving that individual trophy, those same stars hit 89 percent. In other words: status increases the pressure and increases the chance of failure when everyone is looking at them.

• Players who must score to stay in the series only succeed 62 percent. Players whose penalty would result in a win hit 92 out of 100 times. A difference of no less than thirty percent.

• How people react to stress depends on nationality. The English react faster after the whistle (that it is allowed to kick) and turn their eyes away from the goalkeeper. This is probably to get rid of that stress faster. The Czechs, on the other hand, take their time.

• A quick preparation – putting the ball down and reacting to the whistle – increases the chance of a miss. Taking a moment to start is a wiser decision for the penalty taker. So the English will soon be a bit more patient.

• During the interviews, it emerged that every player feels fear when taking a penalty. That fear is greatest in the middle circle. The moment the player steps to the sixteen to shoot, the nervousness diminishes. Either way, taking a penalty is an intense experience.

• How a player reacts after converting the penalty can play a major role in the final outcome of the entire team. Whoever celebrates extensively increases the chance that his or her team will eventually win the series.

The conclusion? “A penalty shoot-out is not a lottery. Knowledge about what the success factors are is crucial to have control over a penalty shoot-out. Anyone who is smart can convert these insights into concrete actions.” 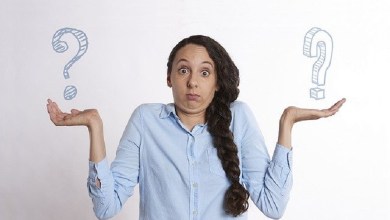