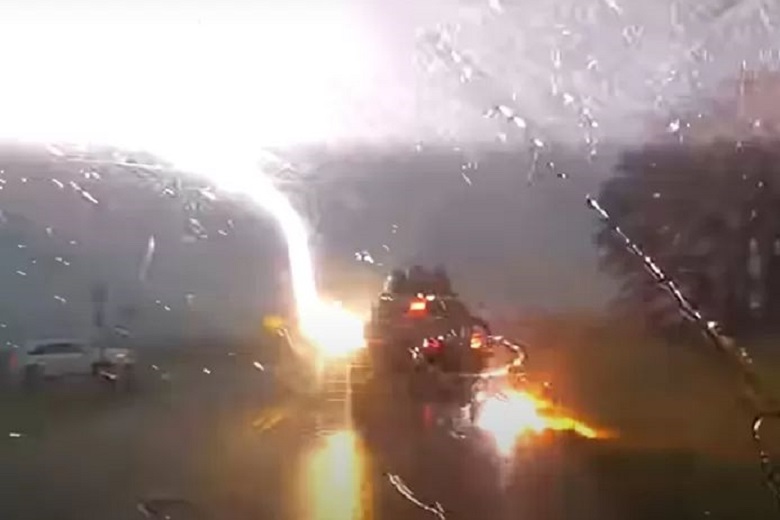 A dashcam has captured the moment when a Jeep Grand Cherokee is struck by lightning four times in the United States. All occupants were uninjured.

Motorists who are afraid of thunderstorms can breathe a sigh of relief after seeing this video because even after the car has been hit four times, the occupants are okay. This is because a car works like a so-called ‘Faraday cage’, which means that it offers protection against static discharges such as lightning.

Footage of the impact was recently captured near Waverly, Kansas, during a severe thunderstorm. The footage shows a Jeep approaching an intersection when suddenly a bolt of lightning strikes. Then three more lightning strikes hit the Grand Cherokee in quick succession.

Immediately after the impact, the lights of the SUV go out. According to the website Carscoops, that happens because the electrical systems are probably roasted by the discharge. It also seems as if the Jeep is sinking after the impacts, which indicates that the tires have also deflated.

According to the person who uploaded the video, a married couple with a baby and two children under the age of two were in the car. They all escaped without injury. Cars that are struck by lightning are not always damaged. You also do not have to drive a car against a pole or guardrail to unload the car before you get out.