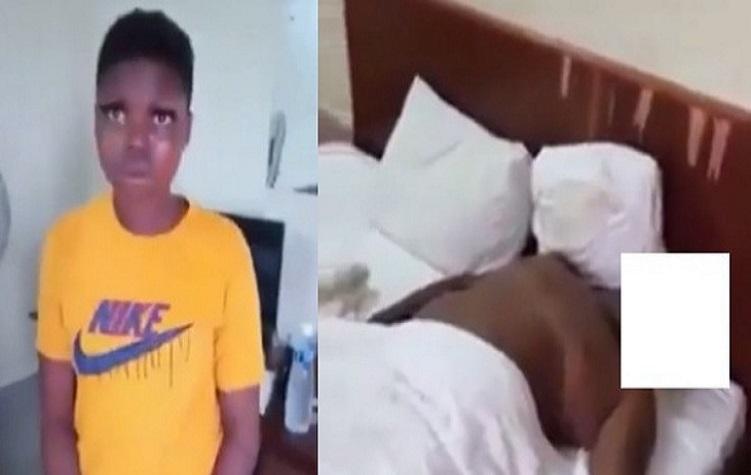 A Nigerian man could not wake up after sleeping with a call girl using enhancements. The unidentified man was confirmed dead after the game on-top for one night.

According to the Eyewitnesses who found enhancement drugs at the scene suggested that the man must have died due to the pills he had taken. Some of the medicines are to boost energy during foul play with the call girl.

On the Video, the young girl of 20s can be seen describing her encounter with her dead client, the girl who identified herself as a valued member of Akwa Ibom State stated that she had been invited to the shelter by the friend of the deceased. According to her, she spotted the man at the “chemist shop” discussing with the shop owner,” before they moved to the room where the incident took place.

She suspected foul play at first but noticed that the man still wasn’t moving after she elbowed him. The young girl said it was at this point, she screamed for help.

Below is the viral video;