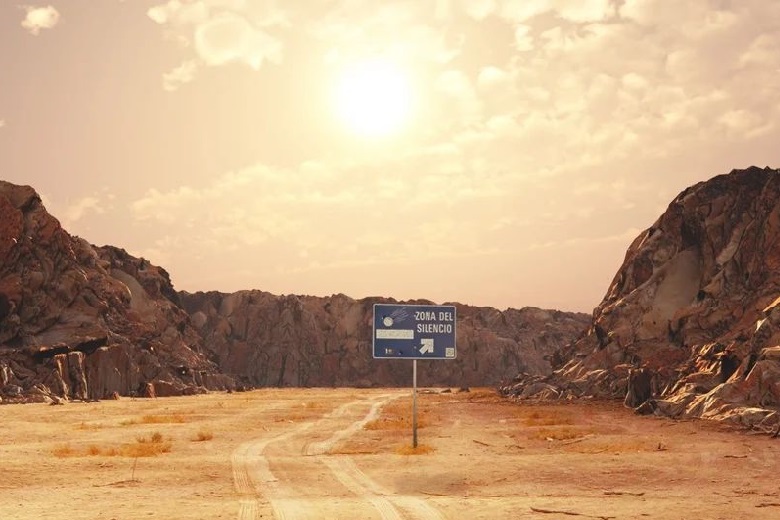 The Zone of Silence: The desert where the compasses go “crazy”, the mobiles lose the signal, and the clocks are out of tune

A deserted area where the clocks stop, the compasses go “crazy”, and the mobiles stop working. The Silence Zone is considered one of the most mysterious places in Mexico.

The narratives and stories that surround this area are countless. The Silence Zone locates on the border of three central Mexican provinces: Chihuahua, Coahuila, and Durango. If we look at the map, we will find that it is located in the country’s center, hundreds of kilometers off from the coast.

However, according to scientists, millions of years ago, the area was covered by the sea. It was at the bottom of the Tethys Ocean when the continents had not yet formed as we know them today, and Eurasia and North America almost touched each other. The study of the fossils found in the Zone subsoil shows that the above theory is highly likely.

However, the legends and mysterious narratives do not come from the long history of the area but a rocket’s fall.

On July 11, 1970, a test rocket called the Athena was launched from a military base in Utah, ending up in southern Mexico. Passing over the desert Zone of Silence, however, control abruptly loses, and the rocket crashed in the Mexican desert. There was a small amount of radioactive cobalt between the cargo. The Americans immediately sent a team of experts to collect the rocket’s wreckage and the radioactive remains of cobalt that had dispersed.

Their work was difficult. It took them three weeks to locate all the rocket and its cargo parts while working in complete secrecy. The only ones who realized their presence were the inhabitants of the nearby villages. Of course, the sight of the US military with state-of-the-art equipment was not uncommon. So, soon, all sorts of rumors began to spread.

Some argued that the Americans were setting up a secret mission. Others said that aliens landed in the area, while many said that the Zone of Silence was the new Bermuda Triangle. Some experts thought that they could benefit from these theories. So they started spreading them in the media. They testified that they saw UFOs with their own eyes, heard strange sounds, and of course, that the Americans were conducting secret investigations.

As tangible evidence, they presented that, within the belt, the clocks detune, and the compass hands rotated rapidly and illogically. Journalists did not need anything more. They covered the issue extensively with TV tributes and press reports. As a result, the visitor’s interest in the unknown province skyrocketed.

Accommodation and visitors’ offices create that promised exciting explorations and supernatural experiences. The locals discovered a new kind of business, much more profitable than agriculture and livestock. To date, holiday advertising campaigns in the area base on legends and incredible stories.

Theories and legends are not entirely unfounded. Electromagnetic anomalies indeed observe in some parts of the Silence Zone. Mobile phones rarely have a signal, and in many cases, the compasses look like they are “going crazy.”

A year before the rocket fell, in 1969, according to records and testimonies, a meteorite had fallen in the area. These triggered the ionization of the atmosphere and probably caused the disorientation and eventually the fall of Athena.

Also, flora and fauna of the broader landscape are so rare that it looks eerie. The Zone of Silence is home to unique endemic species of reptiles, the rare desert turtle, the kangaroo rat (bipod), and the striking purple cactus. The visitor certainly does not leave harmed by the visit. He is disappointed, however, if his only pursuit is contact with extraterrestrial beings.