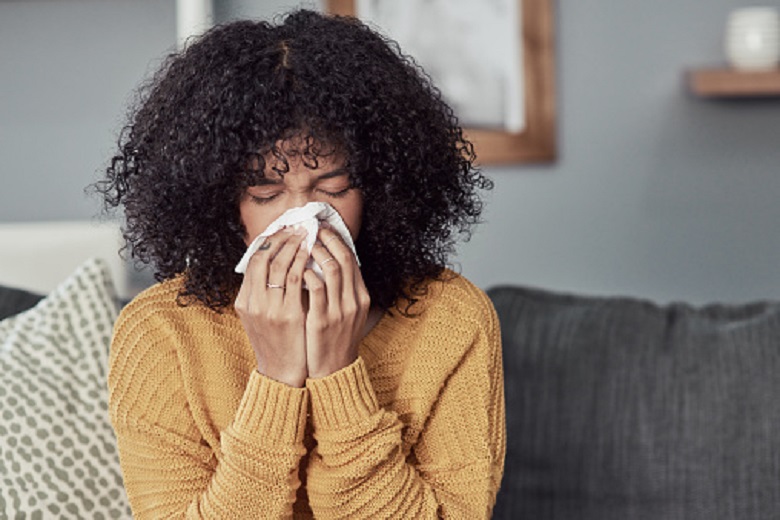 Blowing your nose seems to be a fairly safe activity. In the end, for something the same, they came up with napkins and scarves.

But depending on how hard you do it, cleansing your nose may not be such a harmless habit.

You may be tempted to clear your nose for a variety of reasons – excess mucus from a cold, allergies, or crying for a long time.

Whatever the reason for your discomfort, you want to get rid of it as soon as possible and blow out your nose, but why is this habit dangerous?

Our face is made up of many tiny bones. For example, the bones around the eye socket and sinuses are fragile.

Since severe nasal congestion puts a lot of pressure on this area, the graceful “frame” that holds it all in may not withstand the stress.

Although this is the rare, prolonged and repeated blowing of your nose can lead to a stress fracture, just as ribs can break with a long and frequent cough.

Scientists have found that the fluid dynamics while blowing the nose are arranged so that mucus is pushed out of the nasal cavity into the sinuses.

It is not yet clear how harmful it is, but bacteria or viruses in the mucus can lead to sinusitis if you have an upper respiratory infection.

In addition, aggressive blowing of your nose can move bacteria into the inner ear, leading to an ear infection.

Despite popular belief, your eardrum is unlikely to burst if you blow your nose hard.

The sensations that you experience in your ear are associated with vibrations due to pressure drops. However, if you have had a ruptured eardrum before, you should not blow your nose until you recover.

4. Bleeding from the nose

There are hundreds of tiny blood vessels in your nose, and blowing your nose too thoroughly or too often can rupture one of them, especially if you are in a dry environment or your nose is susceptible to cold.

Nosebleeds are rarely dangerous unless there is some underlying problem, such as taking blood thinners. Otherwise, the bleeding passes quickly, although it causes discomfort.

5. The most severe cases

In sporadic cases, nose-blowing can result in some unusual consequences.

Sometimes people find themselves in an ambulance because of a severe headache after a powerful nasal cleansing when air enters the space between the skull and the brain.

A case was recorded when blowing the nose, the air got between the two lobes of the lungs, and an episode with a rupture of the oesophagus is also known.

How to blow your nose properly?

Although we involuntarily feel the urge to blow our noses, doing so will not alleviate the symptoms. When you have a stuffy nose, it is caused by a build-up of mucus and swelling and inflammation of the nasal airways.