The month of February was marked by the death of 15 people due to a mysterious disease in western DRC, where two epidemics are already raging: coronavirus and chikungunya.

Fifteen people, ranging in age from 60 to 80, died in February after contracting an unidentified disease in a western province of the Democratic Republic of Congo, an official source told AFP on Monday.

“It is for a month that this as yet unidentified disease has been raging in the health zone of Kasongo-Lunda. Currently, we have recorded 15 deaths, all of them elderly people,” Jean-Marie Peti-Peti, governor of the western province of Kwango, told AFP.

“The patient first had headaches, then pain everywhere, fever, then respiratory complications,” before dying, explained Mr. Peti-Peti, who was taking stock of this mysterious disease.

Two epidemics in the zone

“The provincial Minister of Health, the head doctor of the health zone of Kasongo-Lunda, as well as epidemiologists from Kinshasa, are at work. They have already taken samples to send to the INRB (National Institute of Biomedical Research)”, to identify this disease, he added.

Two epidemics, Covid-19 and chikungunya, have been reported in this Angolan border city, 250 km south-east of Kinshasa, which lacks viable health infrastructures.

Health workers in this city complain that they do not receive regular salaries while access to medical care is made difficult because of its high cost compared to the population’s standard of living, estimated at more than 1.5 million inhabitants, mainly farmers with meagre incomes. 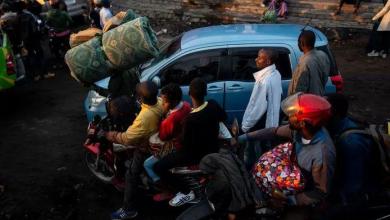