In the first ten days after taking office, US president Joe Biden wants to issue dozens of so-called executive orders (presidential orders) with undoing his predecessor Donald Trump’s political decisions. That writes the New York Times, which has the plans of the future government.

One of the first things Joe Biden wants to arrange as president of the United States is a permanent residency for the country’s estimated 11 million immigrants. According to sources around the president, Biden will submit a new law to Congress on his first working day.

In doing so, Biden is taking a completely opposite path than his predecessor Donald Trump, who wanted all illegal immigrants out of the country. Barack Obama also made attempts to change the immigration law during his reign, but without success. The last time a president granted a large group of immigrants amnesty was in 1986 when Ronald Reagan gave 3 million immigrants permanent residency, AP news agency said.

On his first working day after his inauguration, Biden also wants to immediately reverse some of his predecessor Donald Trump’s decisions via presidential decrees. This also confirms Biden’s future chief of staff, Ron Klain. The advantage of this method, often used by presidents at the beginning of their term, is that Biden can bypass Congress, which may still be sweet with the procedures against Trump.

On Wednesday, the new president will, among other things, abolish the entry ban imposed by Trump for residents of a number of – predominantly Islamic – countries. He also wants to have his country rejoin the Paris climate agreement. His predecessor decided to leave the agreement in 2019.

After taking his oath, Biden will also declare a 100-day mouth mask obligation in places where the federal government is in control, such as in government buildings. Other guidelines in the fight against the coronavirus are also in the making. For example, the Democrat wants to ban evictions during the corona pandemic and temporarily suspend payments of student debts.

Last week, the president-elect already presented a $1.9 trillion economic bailout package to help the US get through the corona pandemic and the tough economic conditions the country is in. Biden will also use disaster relief against the coronavirus. He calls on the national FEMA agency, which will help coordinate and implement large-scale vaccinations.

Klain did not explain all the decrees but did indicate that they all relate to Joe Biden’s four priorities: the fight against the coronavirus and climate change, the revival of the economy, and the promotion of social and racial justice.

“President-elect Biden will show that America is back, and he will take steps to bring America back into its place in the world.” 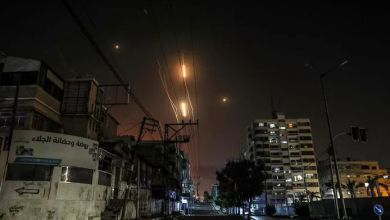 More than 170 people killed in strikes on Gaza Strip 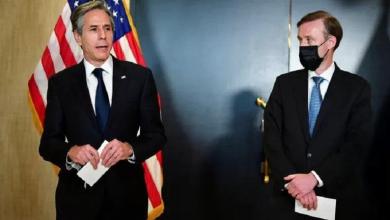