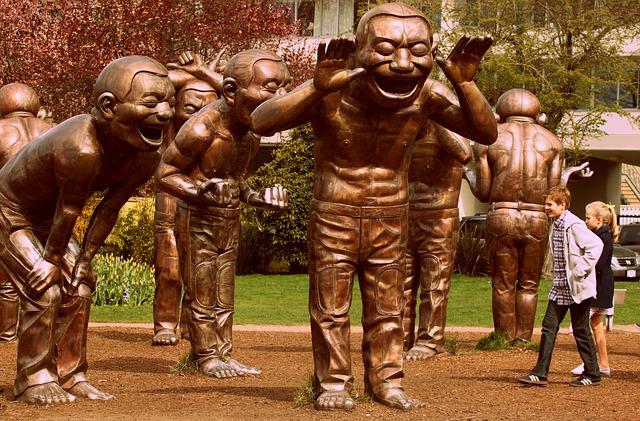 Laughter is the best medicine, they said, but for some people, it is not. However, laughter can literally kill you, not from the joke itself but your body’s reaction to it.

There are many possible medical ways laughter can kill you: ruptured brain aneurysm, cardiac arrest, collapsed lung, strangulated hernia, gelatinous seizures, stroke, asphyxiation. Suddenly laugh is not so funny – not when you are dying from it.

Here are five supposedly cases in which laughter was thought to be the immediate cause of death.

One day in 1893, when long stinky beards were about as fashionable as they are unfortunately now, an Indiana farmer was partying with friends, and he broke out in a fit of uncontrollable laughter that lasted an hour. Then his laughter turned to intractable hiccups. After two hours, the fatal hit from the laughter started, he gave up.

In 2003, a Thai ice cream truck driver died after two minutes of non-stop laughter while sleeping. His wife witnessed the whole thing and tried unsuccessfully to wake him up. After two minutes, he stopped breathing and died of either suffocation or heart failure.

Senor Urquhart, a 17th-century courtier, served both King Charles I and Charles II before being captured in London’s Tower and eventually exiled to Europe. The Scottish aristocrat reportedly died of “exaggerated laughter” when he learned that Charles II had been restored to the throne in 1660.

This British comedian may not be laughing when he died, but he was surrounded by laughter. He fell to the ground during a performance in 1984 at Her Majesty’s Theatre in London. At first, members of the audience thought it was part of the act and expected him to get up. Very soon afterward, they stopped laughing.

The 1988 film comedy “a Fish Called Wanda” contains a scene in which actor Michael Palin gets fries in his nose. In 1989 a Danish audiologist, Ole Bentzen, found the scene so funny. His heartbeat rate increased to an estimated 250-500 beats per minute, leading to a heart attack. Unfortunately, he laughed out his life.