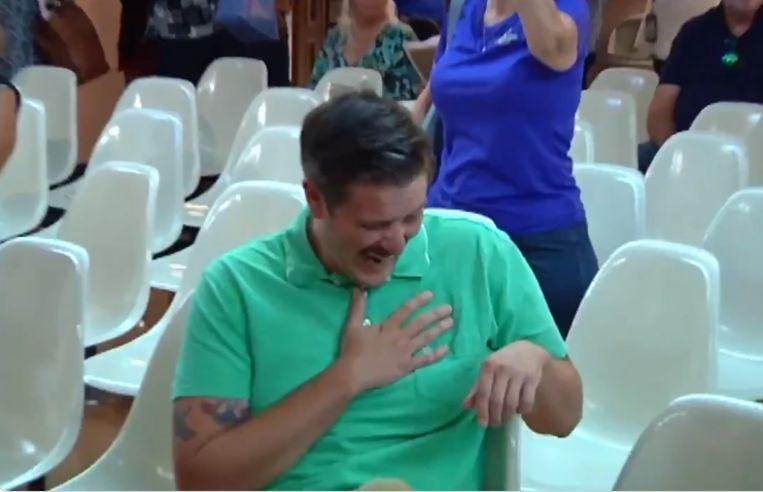 Sometimes a situation is so absurd that the only reaction is to laugh. Alex Kack thought so when two Trump fans suddenly chanted anti-migration slogans during a city council. He burst out laughing and even sat laughing with laughter as the room emptied. Alex’s reaction, better known as the “Greenshirtguy”, is now going around the world.

During a city council in Tuscon, Arizona, there was a commotion on Tuesday when suddenly two Trump fans got up. They brought up a few signs with anti-migration slogans and began to protest loudly.

Several attendees called out to the woman while most of them left the room. Except for the “Greeenshirtguy.” He sat there and laughed beyond control.

The American reporter Nick VinZant shared the striking images on Twitter, and there they were massively shared. The man in the green shirt has since been identified as Alex Kack. According to him, the whole situation in America is so absurd and laughable that he can do nothing but watch and laugh.