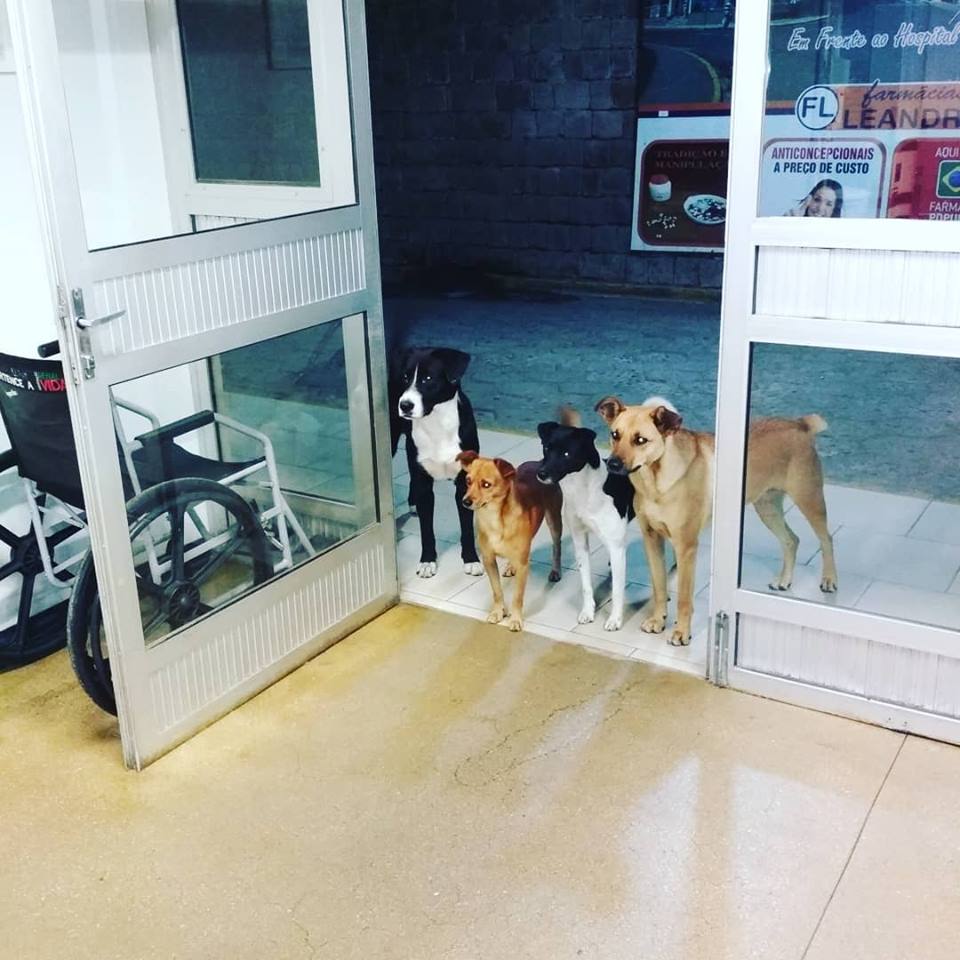 Working in a hospital is hard. Every day there is the confrontation with the most intense, harsh and dramatic situations. But there are also moments of pure emotion. Likewise, in a hospital in Brazil, where a nurse witnessed a wonderful piece of love between humans and animals.

Sunday, 3 o’clock at night. Nurse Cris Mamprim is at work in the regional hospital Alto Vale in Rio do Sul when a homeless man enters. He needs medication and treatment for a disease that he has been fighting against for years. Soon the nurse sees that the homeless man is not alone. Who is waiting with their worried hair at the hospital door for their owner? Four faithful four-legged friends.

The homeless César tells the staff that the dogs are his best friends. Sometimes he does not eat anything so that they have enough in their tummy. “He clearly takes care of them very well,” says Cris to The Dodo. “Seeing the dogs at the door… That only shows how much love they get and how well they are cared for.”

When boss Cesar feels better, the hospital staff let his dogs in so they can be with him. Cesar also gets something to eat in the hospital. He shares it with the dogs. And then he disappears again in the night, together with his buddies. “I do not know how his life is or why he lives on the streets. But I admire the respect and love that he has for these animals”, concludes the nurse.