I feel moved to write about climate change because there appears to be much confusion on the subject “out there.” I have been questioning the mainstream narrative on the subject for a number of years, motivated first (probably in 2013) by the sister of my then-girlfriend and her husband laughing scornfully at the idea of anthropogenic global warming and sallying forth with at least a few points of rebuttal to the narrative that made me think that perhaps, by reading only the mainstream viewpoint and allowing myself to be cowed by the infamous “climate science denier” epithet applied to skeptics, questioners, and people who opposed the narrative on what they claimed were scientific and rational grounds, I wasn’t acting in my own best interests.

Up to that point, I had been quietly and politely skeptical (because I can’t predict the future – can you? And it seemed to me that scientists, politicians, and others who appeared to be claiming that ability were guilty of hubris), saying, “Whether or not it is true, perhaps we’d better prepare for the possibility that the world is getting warmer.” (At that time, I had no idea how expensive and life-changing – not in positive ways, for the majority of earth’s population – the proposed preparation and preventative measures would be.)

Over the ensuing years until today, I have read approximately one article per day on the subject of climate change. Maybe that’s a high estimate, so let’s say I have read three articles per week. And let’s say as well that I became particularly interested in climate skepticism four years ago, not 5 1/2. Based on those conservative estimates, I must have read at least 600 articles. Does that make me an expert? I’m not a scientist, but I do understand argumentation and debate, facts versus proven deception, careful and solid versus sloppy and fallacious reasoning, and I have reached an extremely high level of confidence in my conclusions on the basis of my investigations; so I feel qualified to share my views and some of the reasons for them. I hope to “be persuasive” by laying out what I see as the truth, from the most fundamental data to the ultimate conclusions based on data.

This is a Very Big Subject with many “moving parts,” so I think it would be good to organize my exposition before I start writing it. I propose to address the following questions in basically the order I will be writing them down here.

First, why does it matter? What do the “greenies” who are pushing the AGW agenda, people on the American political left like AOC, people like Al Gore (who started beating the warmist alarmism drum in a big way shortly after losing the presidential election to George W. Bush, as I recall) and people like Greta Thunberg, say is required of us if we are to avert a mega-disaster on a world scale? Are their plans practicable? If the underlying premise that industrial civilization adding CO2 to the atmosphere will cause “runaway” global warming is correct, would implementing their strategies have any substantial benefit? What is the price tag, both in dollars and inhuman suffering and death, of implementing such plans? Would the relatively specific price tag (likely, if anything, more significant than estimated) be justified by results?

Is media reporting, which repeatedly alleges, year after year, that the planet has just experienced “the hottest year ever,” on that point and many others, factual or biased, distorted, … simply lying? Who do the media represent, is there a reason they would display a particular bias, and is there a reason they would push a false narrative and drown out all opposition to it? And what is their underlying aim? Having that information in hand, would it give a reasoning person cause to be very dubious regarding MSM reporting on the climate issue?

And what about climate scientists? Are they necessarily objective, and do the procedures by which studies, models, and projections that alarmists attempt to use to keep the fear level high stand up under scrutiny? Also, contrary to the “97% consensus” myth propagated by Barack Obama, there are many climate scientists and those with other specializations who take exception to the alarmist view. Are their objections well-supported?

What are the scientific points that are claimed to support warmist alarmism? How do they hold up under examination? Is there anything to be concerned about in terms of potential or flawed reasoning? Do contra-alarmism arguments hold up any better? Is adding more CO2 to the atmosphere a harmful and dangerous thing, or could it be just what the biosphere needs, on balance, actively beneficial?

If it is beneficial, why is demonized? What are the effects of focusing so much attention on CO2 as an alleged problem? Whose, and what, agendas could that focus be serving?

If the planet is not warming catastrophically, what is the actual global climatic trend? Is there a chance that the worldwide thermostat might drop dramatically, ushering in a “little ice age?” If the best scientific data and reasoning support little ice age scenario; why is all of the media attention on preparing for and preventing the opposite, and absolutely none on preparing for global cooling?

That is quite a lot to cover, and the answers to many of those questions should be multi-part in order to have some adequacy and persuasiveness. So, what I will try to do is develop a complete series of emailed essays addressing the subject, one question at a time. (And I may think of additional questions.) Take heart because I don’t think I will need to cite, quote, and provide links to anywhere near 600 articles (and a few books), but I plan to deliver some thought-provoking and cogent references.

One might wonder exactly what this has to do with Sophianic Animism and “What does JLL think about the subject?” The answers to those questions are pretty simple. The issue has to do with what Sophia is doing – not what humans are doing, although of course, She has been known to tolerate quite a bit of human meddling with her body the physical planet, including the mass extraction of “fossil fuels” and other mineral substances.

Also, SA is the religion that points toward the future, and it is essential not to be laboring under misconceptions about what the future is likely to hold, and burdened with false fears; it’s especially important not to let ourselves be manipulated by liars who don’t have our interests, or humanity’s, at heart. As for what John Lamb Lash thinks, I doubt that I will express anything in the forthcoming emails that he would substantially disagree with, and indeed it won’t be my intention to do so, nor will I do so knowingly.

In response to requests from readers, here are the expansions of a couple of abbreviations used in the previous message.

AGW = anthropogenic global warming. I will use that abbreviation a lot.
Anthropogenic = of human origin or creation (Note, later in this compilation, you will encounter CAGW, which stands for Catastrophic Anthropogenic Global Warming.)
AOC = (US Congresswoman) Alexandria Ocasio-Cortez, who heavily promoted a “Green New Deal” plan to “save the planet.”

Definitions and examination of the claimed scientific consensus

It’s usually best to start with definitions so that the writer and his readers are assured to be on the same page in terms of what is being discussed.

So, there is an area of human endeavor called “climate science,” which should encompass the efforts by humans to learn about how the climate works by using the scientific method.

Climate: “The meteorological conditions, including temperature, precipitation, and wind, that characteristically prevail in a particular region.”
Scientific method: “A method of research in which a problem is identified, relevant data are gathered, a hypothesis is formulated from these data, and the hypothesis is empirically tested.”
“Climate change,” in its simplest definition, refers to trends of change in climate over time and what drives those changes. As specified above, climate by definition concerns a particular region.

The most ambitious descriptions of climate and climate change would involve the entire planet, and would be focused on prediction so that humans can be prepared for changes. They also focus on global climate drivers and questions like, “Are near-term, predictable changes likely to be problematic, and are any of the significant drivers of human origin, so that by modifying human behavior, we can influence the degree, and perhaps direction, of climate change in the near future?”

The media tell us that there is a “scientific consensus,” meaning that most climate scientists agree, to the effect that the planet is getting warmer, that the increase in temperature is likely to be problematic (is already problematic!), and that human activity, especially that of industrialized society is mainly responsible for this.

Further, we can – and it’s alleged that we “must” – change our behavior, and by doing so, we can mitigate the effects that human activity is having on the global climate. Specifically, it’s alleged that we humans are adding CO2 to the atmosphere, and CO2 acts as a “greenhouse gas,” trapping heat and causing global warming. We need to stop somehow adding CO2 to the atmosphere by burning combustibles.

That entire theory is seriously flawed and can and should be systematically dismantled, which I intend to attempt to do in this series of essays. Any effort to examine the whole story must take it one piece at a time and scrutinize it. For example, is there a warming trend? If so, how rapidly has the temperature been increasing? Is it currently problematic on balance, and is it likely to become more so in the future? Can we expect that trend to continue or to reverse itself? Is the next decade or so likely to be warmer or cooler? How much effect does CO2 have? How much effect may other factors have, and how much impact will they likely have going forward? Well, there are many questions, and they can be and should be, taken one at a time and examined carefully, as I mentioned, and I’ll do my best to do precisely that.

Let us start with the reported “consensus.” Just how real is it? Barack Obama tweeted about a few years ago, and as a result, many people sat up and took notice. His endorsement of the idea was trumpeted far and wide by the media.

The “consensus” issue has been tackled in various ways by a variety of people, some supporting and defending it and others exposing its history and denying its validity. Do feel free to look at articles written by people on both sides of the fence, but I would like to cut to the chase by citing and discussing the points made by a climate scientist who I think performs a definitive and decisive takedown of the notion that a “97% consensus” among climate scientists exists, supporting the idea that global warming is seriously problematic and that it is caused by humans to a significant degree.

Climate change: How Africa’s substantial renewable energies can be harnessed 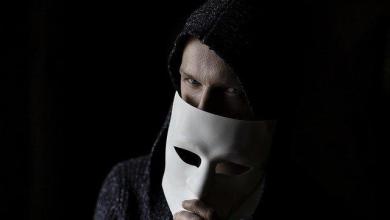