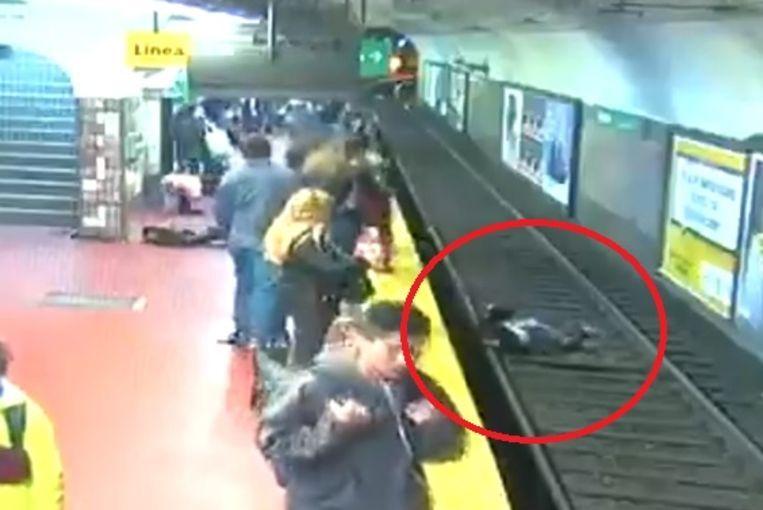 Security cameras in the metro of the Argentinian capital Buenos Aires filmed on Tuesday the terrible moment that a woman falls on the tracks of an upcoming metro. The images show how witnesses immediately take action and try to make it clear to the driver of the subway that something is wrong so that he can stop on time.

It was the police of Buenos Aires who released the images. They were recorded at Pueyrredón station. They show how someone on the platform suddenly staggers and falls forward. Also, he hits a passing woman, who is also pushed forward and tumbles on the tracks. Just when the metro enters the station.

While the woman remains on the tracks, bystanders make a sign to the driver of the upcoming metro. As a result, it comes to a halt just in time. Then some of the witnesses jump up the tracks to help the woman straight and bring her to safety.

Remarkable: the man who initially fell over stands up again after his fall as if nothing had happened. According to news channel CNN, the authorities assumed that he fainted, causing him to bump into the woman. He has no criminal record.

The woman had cuts on the head and neck. She appeared to have suffered head trauma and had been unconscious for a moment. She’s in the hospital.

The man sustained a cut on his eyebrow. He, too was taken to the hospital but was allowed to go home in the meantime. No complaint has been filed against him for the time being.