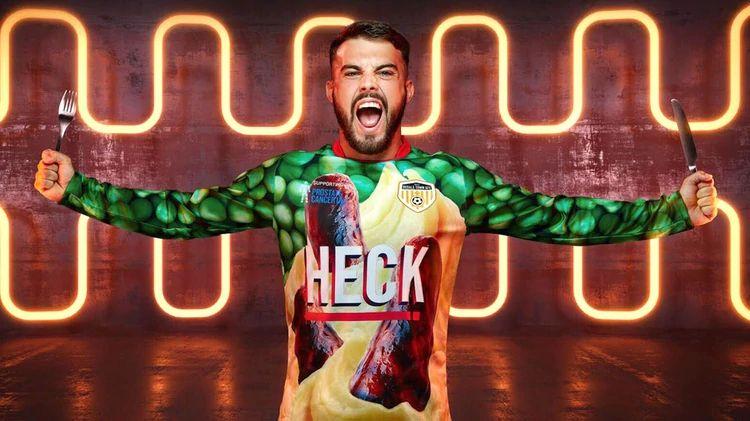 Bedale AFC will use this season a curious kit, inspired by its main sponsor. The Bedale AFC, located in a town in North Yorkshire County, is a humble English team born in 1933 that plays in the North Riding League – one of the regional categories.

Although they failed to transcend their sporting achievements, in recent days they became a furor on social networks after presenting the new clothing that will be used for this season. All models are inspired by “sausages”, in honor of their main sponsor.

At first, the club announced the titular and substitute model. One pretends to be a hot dog. The pieces of bread on the sides and in the center the sausage, with red and yellow lines pretending to be ketchup and mustard, the dressings. The other, which has a plain short in pale pink, is a cluster of sausages that cover the entire shirt. The goalkeeper, meanwhile, is a grill.

However, the third kit was not far behind and redoubled the bet. The game shirt is a kind of food dish, where mashed potatoes (which reaches the pants) and, of course, sausages. In part of the torso and the arms, several beans are appreciated. The archer’s clothes, on the other hand, is a kitchen apron. Another detail is that the numbers pretend to be ketchup.

This is not the first time that the Bedale AFC uses this type of shirts. Last year they also wore a similar model, which was very successful and became exhausted. It is worth mentioning that Heck Food provides food to the players and the referee after the games.