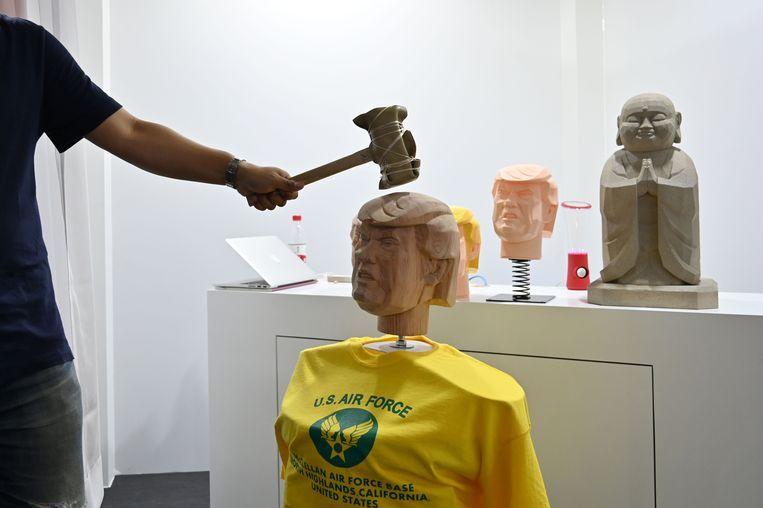 Visitors to a technology fair in the Chinese city of Shanghai can no longer cool their anger on the image of Donald Trump. A company had opened a kiosk where people could hit a big doll of the American president with a hammer. The organizers of the event intervened.

The unusual head of jut at the Consumer Electronics Show Asia was introduced by the Japanese company Soliton Systems. That would enable visitors to de-stress by hitting the head of Trump. The American president has unleashed the anger of many Chinese with his trade war against Beijing, and that became very clear at the technology fair.

However, the action failed the organizers of the fair. They argued that participating companies should not give “offensive” presentations and tagged the Japanese company on the fingers. The company was not available for comment, but the image of Trump was removed today.

Some visitors just thought the stall didn’t go far enough. “It would be better if I could also use my hands and feet. I think the hammer is not satisfactory enough,” concluded a 31-year-old man earlier this week. “I honestly don’t have such a positive image of Trump, because he’s not very friendly with China right now.”