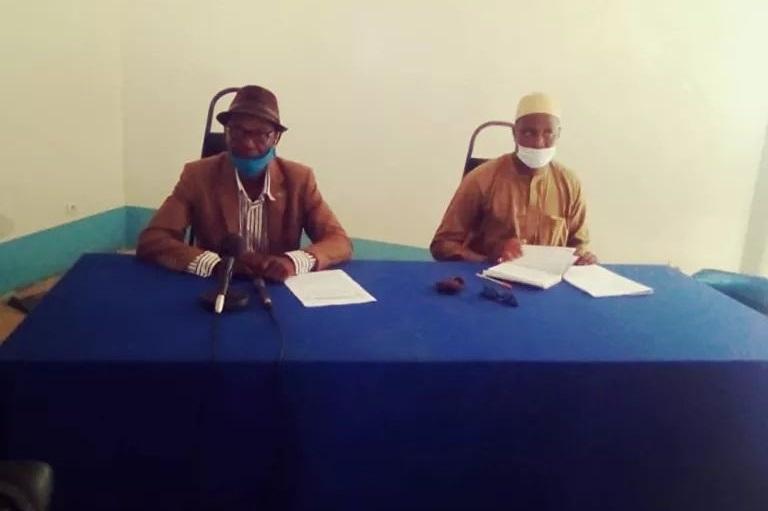 Nearly 1,500 Chadian artists have turned to the government because, since the beginning of the pandemic, they have been forced into forced unemployment, with support of 2,500,000 FCFA (nearly 4,300 United States Dollar), paid in one go and shared among a thousand people. The president of the National Coordination of Chadian Artists explains what is at stake.

In Chad as elsewhere, one of the areas affected by the crisis is the artistic community. All spaces of expression, theatres, and concert halls have been closed since the beginning of the pandemic and have still not returned to regular activity because the health situation is still unstable. For Chadian artists, this is a hard blow, and now they are turning to the State.

All artists who are unemployed because of the pandemic are busy raising awareness, and since all this time, only one sum has been paid by the authorities, deplores Jonas Massengo, president of the National Coordination of Chadian Artists (CONAT ):

All the artists who are unemployed because of the pandemic are working to raise awareness. “Since all this time only one sum has been paid by the authorities,” deplores Jonas Massengo, president of the National Coordination of Chadian Artists (CONAT): “To date, Chadian artists have had no other support in the awareness work they are doing, apart from the 2,500,000 CFA francs offered by the Sub-Commission on Awareness and Communication of the National Committee for Health Crisis Management to motivate all the artists mobilized by CONAT in the fight against Covid-19, whose number is estimated at more than 1,500 artists in all sectors.”

The aid of 2,500,000 FCFA (almost $4,300), shared between 1,500 people, amounts to 1,667 FCFA per person (2.87 United States Dollar). The Chadian artists who are deprived of all material and financial resources, “can only bring moral support to the population,” admits Jonas Massengo.

Artists bring down the contamination curve

The pandemic arrived in Chad in mid-March, and since then, according to the artists themselves, their environment has been “at the forefront of all awareness campaigns against Covid-19. The work that has been carried out these months has brought indisputable results,” explains the president of CONAT, “since 60% of the population is illiterate, the means of reaching people have been chosen on purpose.”

“We spontaneously used radio, television, social networks, and many other channels of communication to explain the danger of Covid-19 to the population. It is thanks to this awareness work constantly relayed by the media that the contamination curve of the coronavirus has today drastically decreased, giving rise to a progressive deconfinement.”

“A hungry belly has no ears”

The confined Chadians have lost a lot of their income during these months. A large part of the population is made up of day laborers, whose survival depends on physically leaving their homes, and the confinement has completely disrupted their rhythm of life. CONAT specifically targeted these people, explained Massengo.

“Our support to the population was also focused on actions to plead with the authorities so that they could provide food assistance to the populations hard hit by the lockdown measures in order to predispose them to observe the barrier measures enacted by the government to fight against Covid-19 because a hungry belly has no ears.”

The “Coordination Nationale des Artistes Tchadiens” is the first umbrella organization representing artists in Chad. It was established in 2002 and brought together all Chadian artists working in the fields of music, dance, theatre, literature, painting, cinema, architecture, sewing, fashion, and cuisine.