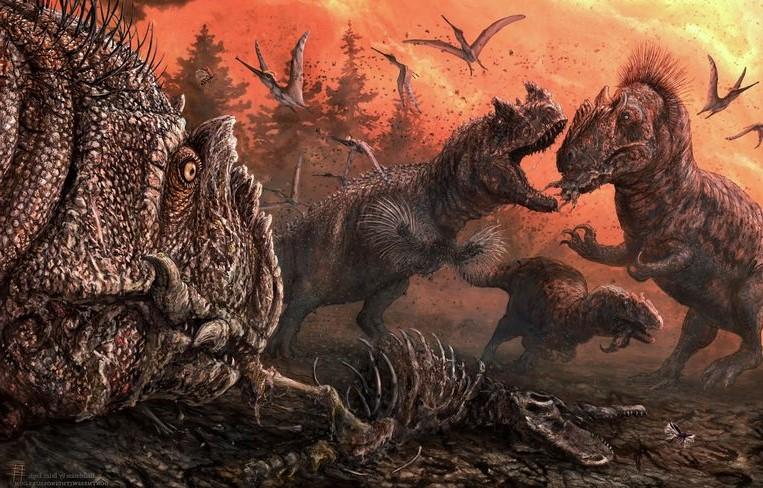 Cannibalism is considered one of the most brutal crimes; however, it is a common survival tactic in animals. Even dinosaurs did, according to a recent study by paleontologists from three American universities. They shared their results in the journal PLOS ONE.

Researchers at the University of Tennessee, Colorado Mesa University and Daemen College in New York studied a large 2,368 fossilized bones dating back 150 million years and found in the Mygatt-Moore quarry in Colorado.

In particular, they focused on the lesions on bones and where they originate from. More than once, a hungry conspecific was found to be responsible for the bite marks.

The identification of those bite marks was not an easy task. After all, recognizable dental impressions are not so common on bones.

That makes it particularly challenging to appoint a person responsible for the injuries. Often, the finger is simply pointed to the imposing Tyrannosaurus or T. Rex, who, in any case, held the upper hand during a battle.

But the researchers’ analyzes soon showed that as many as 29 percents of injuries were not common bite wounds from a fight. A hungry (carnivorous) species had meticulously split almost a third of the bones.

The Allosaurus was also responsible for most dental impressions. “Large theropod dinosaurs like the Allosaurus probably weren’t really picky eaters, especially when there was little food in their area. Eating dead animals or even their species was certainly an option,” said researcher Stephanie Drumheller.

According to the paleontologist, cannibalism was not the dinosaur’s first choice, but hungry dinosaurs often said they had no opportunity. That is if they wanted to survive.

“We know that Mygatt-Moore had wet and dry seasons. And we know that these North American ecosystems in the Jurassic were sometimes faced with massive droughts and fires. So, the unusually large number of toothprints we found may very well be evidence of theropods tapping every available food source to tackle the more challenging periods in survive the year.”