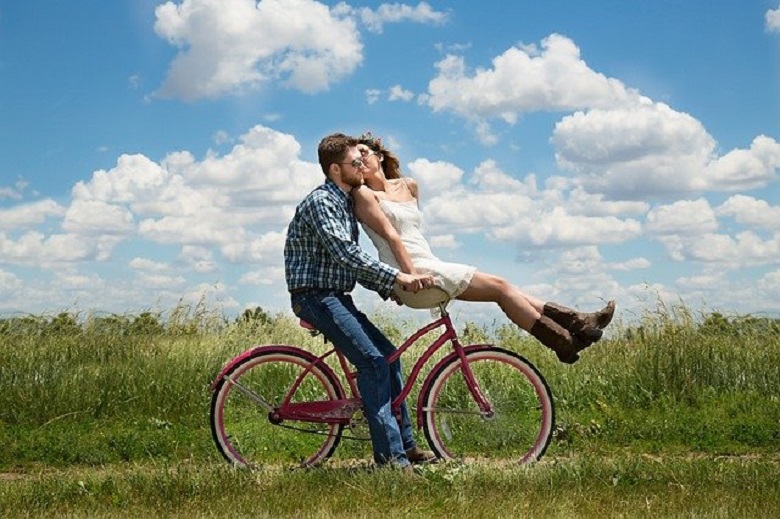 Do you want to be remembered by a man, turning his head? Are you dreaming of making an unforgettable impression? There are several surefire ways!

How to impress any man

If a girl wants to please a man, she no longer uses the advice of her grandmother or mother. There are more modern ways to please the stronger s3x. How do you remember a nice guy you met at a party or with friends?

Do you like to laugh out loud? Do not hold back and laugh heartily. Do you like pizza? Do not order yourself a salad in a cafe so that later you can poke around with a fork with a dull look, but feel free to take the pizza.

Always be yourself and be true to your desires. And this is the only thing that you should do when meeting with a stranger.

Act with him as if in front of you is your best friend, in front of whom there is no point in pretending. When a young man is interested in you, it will be one hundred percent sincere feelings!

A cool thing that psychologists advise to use is called the “three-touch technique.” Even top managers and heads of large companies like to use it. What is it? It turns out that three supposedly accidental touches to the arm or shoulder, three cautious glances or smiles in the direction of the person he likes, not only intrigue him but also make him want to communicate. Why not try this technique to strike up an acquaintance with a man you like?

There is no need to play the role of a fool because now men pay attention not to stupid but to intellectually developed girls. An intelligent, purposeful and self-confident woman is a magnet for the opposite s3x.

She can easily support any conversation and does not hesitate to admit that she does not know or understand something, asking questions on a topic of interest. By the way, this intrigues men, and they are unlikely to forget such an intelligent girl with burning eyes.

Be honest with people

At this point, we are not talking about lies but a slightly different honesty. The fact is that many girls are embarrassed to tell a man that, for example, they like to ride a bike, or they order broccoli instead of barbecue in a cafe, which is also a kind of deception.

Some may wear dresses for the sake of the man they like, but in fact, they love jeans and only feel comfortable in them. Try to be honest with people! Don’t forget who you are and what you like. Do not try to mould yourself into the ideal young lady from the films, since this image will sooner or later collapse, and the truth will become clear.

In addition, men are very fond of natural and “live” girls who adore life, their own body, the people around them and, of course, themselves!

Try not to show your interest to a man in the first minutes of dating! Let him not think that he has become the centre of the universe for you, and now you will do anything for him. Even if you like the guy very much, let it remain a mystery to him for now.

By the way, you have the right not to follow this rule. Want to be the first to ask a man out on a date? Do what your heart dictates. But still, do this not very often so that your chosen one does not lose interest in you.