The term boycott did not appear until 1980, thanks to the intolerable nature of an Irish manager. But many events in history that happened earlier also fit this definition about Charles Boycott and the largest boycotts in history, which had a significant effect.

Charles Cunningham Boycott went down in history as a man who was ostracized entirely and isolated from society. A retired British Army captain got a job as a manager on an Irish estate owned by a large landowner, Lord Erne. Charles Boycott received payment based on the rent collected by the farm laborers.

Managing the estate was not easy. Charles Boycott was too demanding, so when 1880 turned out to be a poor harvest, he delivered an ultimatum to the tenants of his land: either immediately pay the part due to him or part with his property. The farm laborers demanded that the manager lower the rent, to which he refused them and even fired several.

Then, under the leadership of the Irish Land League movement leader, the peasants ultimately refused to work for him. Unable to hire anyone for the harvest, Charles Boycott had to go out into the field himself.

He and his family fell into such a disgrace from their neighbors that they stopped talking and serving them, they sat away from them in the church, and the postman stopped delivering letters. Because of this attitude, the manager had to leave Ireland in 1886, and his name has since become a household name.

In 1950, US farmers received permission to hire illegal agricultural workers from Mexico – braceros, to clean gardens and fields. This allowed farms to attract additional labor force, reduce labor costs for illegal immigrants, and at the same time not bear any responsibility for the working and living conditions of workers. Braceros had to huddle in huts or tents in overcrowded camps. If there was not enough space, some had to spend the night under a bridge next to the farm.

Frustrated workers formed the “Association of Agricultural Workers,” whose activities aimed to improve working conditions and increase wages. Cesar Chavez became the leader of 1000 members of the movement.

He launched a major campaign against the entire US grape industry, declaring a boycott to them by completing work in the fields. Tens of millions of Americans who share the feelings of illegal immigrants have joined the bracero’s squad.

The vineyard companies had no choice but to start signing labor contracts that provided workers with significant benefits. For the first time in history, a boycott led to an improvement in the situation of a large group of people.

In 1929, when India was still a British colony, an economic crisis raged, significantly affecting the poor. The British monopoly subordinated all industry practically to itself, setting its prices for products, increasing taxes. At the beginning of 1930, London raised the state duty on salt, which is why its cost began to differ from the selling price by 4,000 times! This could not but affect the inhabitants of the first salt-producing country. This unforgivably high tax hike sparked widespread protests against the monopoly.

The crowd of civilians was led by Mohandas Gandhi, the future Indian national philosopher, and politician, then an activist known for his numerous protests. His tactics of struggle consisted of political strikes, a complete rejection of English titles, the payment of taxes, a boycott of the government, educational institutions, and English goods.

On March 12, 1930, Mohandas, along with his like-minded people, moved from Ahmedabad to the coast of the Arabian Sea to demonstratively evaporate a pinch of salt from the water. Stopping in every village, he urged people to join disobedience and stop paying the salt tax. Gradually, the protest grew into massive insubordination in other areas of India, ultimately affecting monopoly trade, the work of companies and banks.

After the civil war that freed blacks from slavery, several states in the United States passed laws that severely infringe upon their rights. For the colored population, there were separate establishments, hairdressers, waiting rooms, and cafes. The same was true for the seats on the bus: the first four rows were for whites, the back for blacks. If there were more whites, the blacks had to give up their seats or leave the transport.

On December 1, 1955, Rosa Parks boarded one of the buses after a hard day at work. When there were no more white seats left, the driver ordered all blacks to take their seats, to which the tired Rosa refused. The outraged driver called the police, and Parks was arrested. Although she was released the next day, the whole town was agitated by the situation. The leaders of the human rights organizations of the black population decided to draw everyone’s attention to the problem.

In protest against the trial and arrest of Rosa Parks, activists called on all African Americans to stop using buses and walk. By the way, then more than 70% of the passengers were black. Transport companies suffered colossal losses as a result. The boycott lasted 381 days until the law was amended.

At the end of 2005, a mighty conflict erupted in Denmark between the European cultural tradition of freedom of speech and Muslims. The reason for this was 12 ridiculing illustrations of the Prophet Muhammad, published in a Danish newspaper for an article on self-censorship. In one of the cartoons, the Prophet was depicted with a turban on his head in the form of a bomb, and in the other – seducing terrorists. The publication caused an extremely adverse reaction from Muslim countries: Libya closed its embassy in Denmark, and Islamic movements demanded that the Danes, Swedes, and Norwegians immediately leave the Palestinian Authority.

Eleven Islamic states demanded an apology from Denmark and the newspaper for insulting the publication of religious feelings. The Taliban activist movement even announced an award for the heads of the authors of the picture in 100 kg of gold.

The scandal turned into a global political crisis and lasted more than six months. As a result, Muslims declared a boycott of Danish goods, which caused a colossal $170 million in damage to Denmark. One hundred thirty-nine people were killed during the protests. 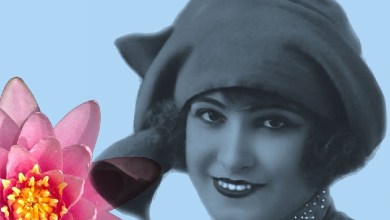 1920s makeup: how makeup changed in the 20th century