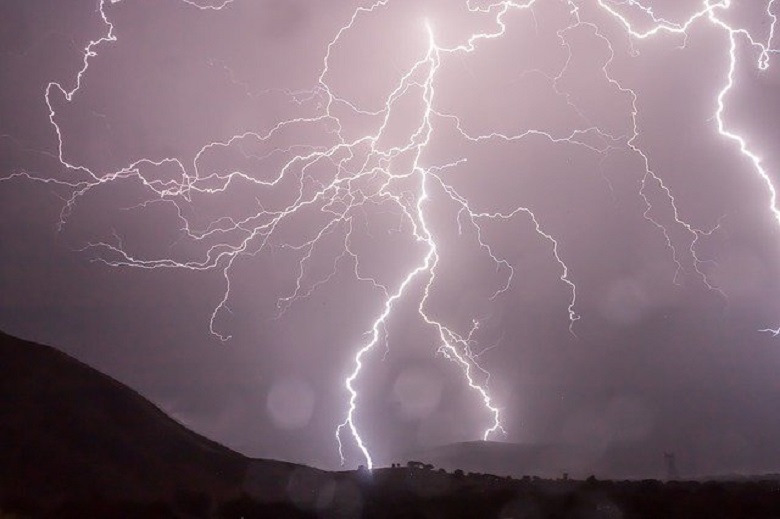 8 out of 10 people survive a lightning strike. True, we have to fight the consequences until death: our body is essentially a complex electrical device, and instant overload leads to many problems. The nervous system, bones, muscles, heart and internal organs – look what happens to those who are struck by lightning.

The lightning will pass through the entire body and leave one burn at the entrance and two at the exit because it will pass through the legs. An electric arc will arise between them, which will further intensify the blow. In addition, usually, a powerful lightning discharge heats the air so much that blood vessels and capillaries burst under the skin.

Serious burns of the body appear not only at the very site of the lesion but also throughout the body. An electrical discharge will ignite clothing – sometimes, a person burns out alive.

More than half of those affected by lightning strikes subsequently complain of hearing and vision problems. Cataracts can develop quickly in a couple of days or only appear after a few years. Hearing loss, partial or complete, is also a common consequence of a lightning strike.

A blow to the nerves

Serious injuries to the central nervous system are inevitable. Bleeding in the brain, hematomas all over the body, sometimes paralysis … In general, there is little pleasant. In addition, mental illness may well develop after rehabilitation.

Heart massage is vital for those who have just been struck by lightning. If the normal heart rhythm is not restored in time, a person may die from hypoxia.

The electrical discharge will pass through all the muscles, which will release toxic compounds into the blood. As a result, the load on the kidneys and liver will increase instantly; in many people, these organs are never restored after this.

The contractions of tissues, when struck by lightning, will be very strong and intense. So much so that they break your bones. Most often, the survivors of a lightning strike also find cracks in the spine.

Eyeball tattoo or scleral tattooing: Is it worth it?