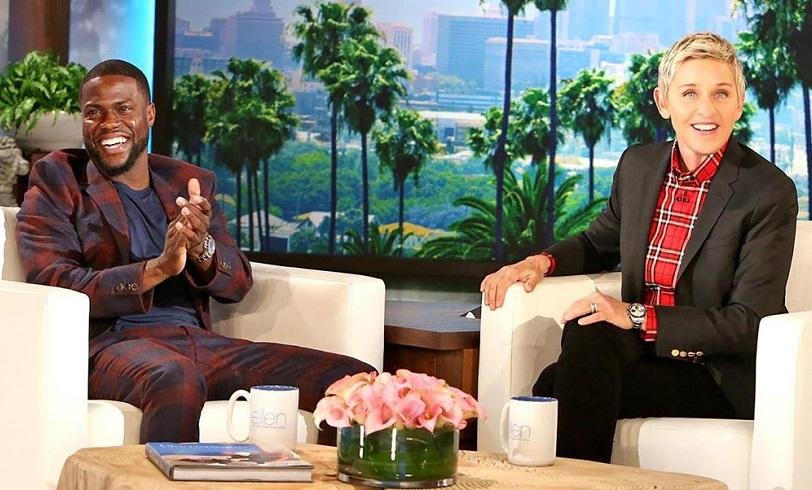 After previously Portia de Rossi and Katy Perry, among others, expressed their support for Ellen Degeneres, comedian Kevin Hart (41) is now also taking up her duties. The talk show host is currently under attack because of an alleged “unfriendly working environment” on her talk show.

“It’s crazy to see my friend go thru what she’s going thru publicly. I have known Ellen for years, and I can honestly say that she’s one of the dopest people on the fucking planet. She has treated my family and my team with love and respect from day 1,” Kevin writes on Instagram with a photo in which he is a guest with Ellen.

The comedian is not pleased with the role of people on the internet. “The internet has become a crazy world of negativity….we are falling in love with people’s downfall. It’s honestly sad…When did we get here? I stand by the ones that I know and that I love. Looking forward to the future where we get back to loving one another….this hate shit has to stop.”

Vance, who previously worked as a correspondent for the Daily Show, even asks Facebook friends who don’t support his sister to unfriend him on the social medium. “My sister is being brutally attacked. And let me assure you, it’s all bullshit,” said Vance.

“I posted a statement yesterday that I support her, and only a few of my ‘friends’ responded. I’m so fed up that my sister is under attack. She has always worked against bullying and will continue to do so. She is a smart, strong woman who has made a positive contribution to the world.”