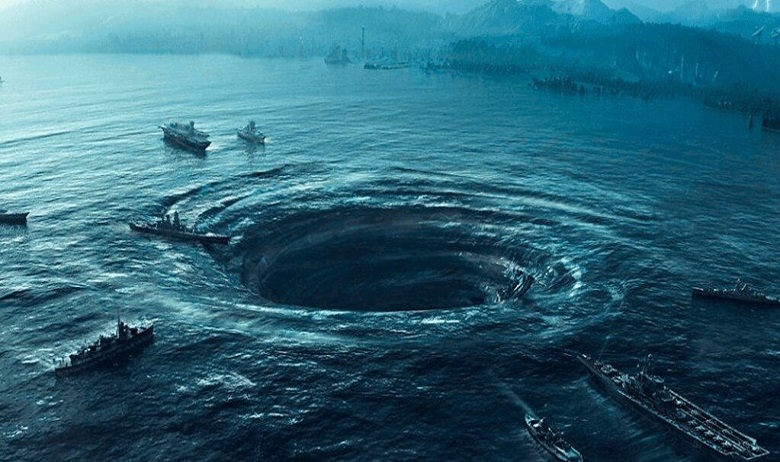 Ideas continue to be fueled by new versions and speculation. Despite the lack of evidence and a mass of refutations, not all conspiracy theories are famous.

This collection includes ten of the most widely held conspiracy theories that people still believe in today. Despite the absence of proof and many refutations, fresh versions and conjectures continue to feed the ideas.

When alternative explanations are more likely, a conspiracy theory explains an occurrence or circumstance that evokes a conspiracy by dark and powerful organizations, typically political in purpose. Below are some famous conspiracy theories.

10. The use of electronic banking

Electronic conspiracy theories are seen as a subset of contemporary New World Order conspiracies. Some conspiracy theorists believe that virtual money, such as credit and debit cards, was developed by a ‘secret organization’ with intentions to take over the globe. The goal, according to theorists, is to completely phase out paper and coin money, forcing people to depend only on computerized banking.

Once this objective is met, the secret organization will initiate a global blackout, erasing all bank account information at the same time, causing confusion and fear. The restoration of slavery to the contemporary world is said to be the conspiracy’s motive. Depending on whatever idea you believe in, the benefactors vary.

They aim to provoke world conflicts in order to bolster the case for a global government. Take, for example, the Freemasons, who tout themselves as ‘the world’s oldest and biggest fraternity’ and claim alumni like George Washington. Despite their generous charitable contributions, some believe that they are planning your destruction in Masonic temples across the globe.

If you were really a member of the global elite, you would already be aware that the world is controlled by a small group of strong and hidden individuals. For instance, the Illuminati, a secret society that began in 18th-century in Germany and is credited with designing the $1 bill’s pyramid and eye emblem.

8. Setting foot on the Moon.

The moon landing, which was broadcast live across the globe on July 20, 1969, was a hoax organized by NASA and other important institutions, according to conspiracy theorists. Theorists think that the surface on which Neil Armstrong and Buzz Aldrin stepped was a manufactured soundstage rather than a celestial body.

According to conspiracy theorists, the technology available at the time was insufficient to achieve such a feat. They believe that environmental factors like cosmic rays, radiation belts, and solar winds would have made the journey impossible. Theorists cite pictures and films taken during the trip as evidence, claiming that they include numerous anomalies such as inconsistent shadows, the same backdrop, and the lack of any visible stars.

What’s the point of simulating a landing? Theorists believe that the US was interested in gaining reputation and financial benefit from the incident. The TV program, Mythbusters, Adam Savage, and Jamie Hyneman examined numerous misconceptions surrounding the moon landing in 2008. They determined that there was no conspiracy after performing different controlled experiments with a group of scientists at a NASA training center.

NASA has done nothing to dispute the allegations, which they deem ludicrous; nevertheless, in July 2009, they deployed a lunar reconnaissance spacecraft to image the Apollo 11 landing site, which they believe reveals remains of the 1969 landing site. Despite attempts to dispel misconceptions, proponents of conspiracy theories persist in their assertions.

7. Reptiloids and the upper crust

These “Anunnaki” (The Sumerians’ destinies were thought to be in the hands of the Anunnaki. Many stories depict Anunnaki members casting judgment on humanity), according to conspiracy theorist and philosopher David Icke, have ruled mankind from ancient times, and include Queen Elizabeth, George Bush, Henry Kissinger, Bill and Hillary Clinton, and Bob Hope.

He also says that the Lizards are behind secret organizations like the Freemasons and the Illuminati, trespassing on the turf of other conspiracy theorists. Icke, who acquired the unfortunate moniker of “paranoid of the decade” in the late 1990s, has authored numerous books on the topic, the most recent of which being David Ike’s Guide to the Global Conspiracy, as well as operating his own Web site with goods and advertising services.

There have been allegations that the fatal virus was developed by the CIA to kill gays and African Americans since the Centers for Disease Control and Prevention first announced the HIV/AIDS pandemic in 1981. The conspiracy idea has a number of recognized adherents even today. This hypothesis was originally advocated by South African President Thabo Mbeki, who disputed scientific assertions that the virus originated in Africa and accused the US government of inventing the illness in military labs.

Wangari Maathai, the Nobel Peace Prize-winning Kenyan environmentalist, has similarly utilized worldwide attention to promote her thesis. Others claim that during the 1978 hepatitis B experiments in New York, San Francisco, and Los Angeles, the government purposefully injected homosexual individuals with the virus. Others refer to Richard Nixon, who in 1971 combined the United States Army Biological Warfare Division with the National Cancer Institute. Despite this, the majority of scientists think the virus was transmitted from monkeys to people in the 1930s.

5. Revisionism in the Holocaust

Despite irrefutable proof and German apologies from decades ago, revisionists continue to claim that the Nazis did not murder over 6 million Jews during the Holocaust. For example, Iranian President Mahmoud Ahmadinejad has termed the Holocaust a “myth”.

Most revisionists, including Ahmadinejad, do not dispute that Jews were imprisoned in POW camps throughout WWII. Rather, they contend that the death toll has been grossly inflated. The gas chambers are a specific stumbling block: Holocaust deniers claim that they were just rumor and that they lacked the ability to kill, despite evidence and history to the contrary. And what about photos of Jews who are malnourished and dying? ‘All those images of thin individuals and corpses piled like firewood were really Czechs, Poles, and Germans who died of typhus, which was prevalent in the camps,’ argues revisionist Edgar J. Steele.

Who created the many inventions that mankind enjoys today? Of course, aliens are involved. Government scientists are recreating extremely sophisticated extraterrestrial technology at Area 51, an Air Force facility approximately 150 miles from Las Vegas, according to conspiracy theorists.

Various claimed UFO sightings in the region and the testimony of a former Army colonel who claims to have been granted access to extraterrestrial material recovered from an alien spaceship that crashed at Roswell, New Mexico, serve as the foundation for this. Some think Area 51, also known as Lake Groom or Dreamland, is where the government is researching time travel.

At neighboring Nellis Air Force Base, the government has developed sophisticated aircraft and weapons systems, including stealth bombers and surveillance planes. The government’s stated stance that information about Area 51 is secret for national security reasons is regarded as further proof that the military is concealing aliens or extraterrestrial spaceships.

While footage and photographs of the two aircraft colliding into the World Trade Center buildings are widely circulated, the enormous quantity of documentary evidence has only helped to fuel conspiracy theories.

According to a May 2006 survey, 42% of Americans think the government and 9/11 commission “hid or failed to examine significant facts contradicting their official account of the 9/11 attacks.” What went wrong with the military’s attempt to intercept the stolen planes? Is there a “retreat” order from the government to avoid interfering with the covert plot to blow up the buildings and blame it on Islamic terrorists?

Popular Mechanics released an examination of similar allegations and the answers to them in 2005. The investigative team discovered that the North American Aerospace Defense Command (NORAD) lacked expertise in training fighter aircraft to intercept errant flights. While the team discovered no proof that the government was behind the assaults, conspiracy theorists have seldom been deterred by a lack of evidence in the past.

According to an ABC News survey from 2003, 70% of Americans think JFK’s murder was the product of a larger conspiracy. Some speculate that the gunshots’ trajectory did not match with Oswald’s residence. Others believe a second shooter was engaged in the massacre, perhaps on Dealey Plaza’s grassy knoll. Some others believe in a far larger conspiracy.

Did CIA operatives assassinate Kennedy? Agents of the KGB? Gangsters enraged by Kennedy’s pursuit of criminal gangs? Speculation about one of history’s most famous political murders is so widespread that most people believe it: just 32% of ABC respondents think Oswald carried out the assassination alone.

The Bermuda Triangle, often known as the Devil’s Triangle, is situated in the northwest Atlantic Ocean. It peaks in Bermuda, Florida, and Puerto Rico and spans about 500,000 square miles of water. A significant number of ships have gone missing in this region, without a doubt. Some theories believe otherworldly forces are at fault. Some accuse extraterrestrials, while others blame the fabled lost land of Atlantis.

The United States Coast Guard and other specialists acquainted with the Triangle think supernatural forces are not at fault. Instead, they emphasize the Triangle’s location in a very navigable area of the ocean.

According to reports, the frequency of accidents there is no greater than elsewhere in the ocean. They think that a variety of natural events, such as tropical storms and killer waves, may be to blame. They also mention pirates and mechanical failures as possibilities. Experts believe there are no significant magnetic anomalies in the region and that all compasses have normal magnetic fluctuations; therefore, compass issues are unlikely.

Whatever you think, one thing is certain: the Bermuda Triangle will continue to be a source of wonder and fascination indefinitely.