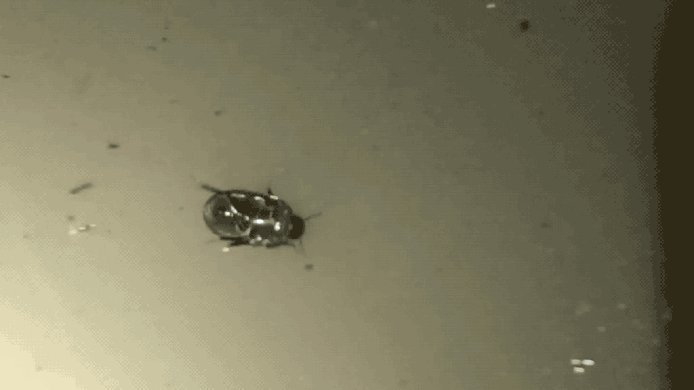 Acrobatic Beetle! A beetle that can walk upside down under water has been observed for the first time in Australia. It was a scientist who discovered the creature by accident. Possibly the beetle wants to escape predators with this unique way of walking.

It was Ph.D. student John Gould who accidentally discovered the beetle during frog research in the Watagan Mountains. Gould was intently studying a pool of water—looking for tadpoles—when he suddenly saw some kind of swimming insect. Only moments later did he realize that it was a beetle walking beneath the surface of the water.

The animal was also able to rest against the surface as if it were against a glass pane: “That means that it can remain on the water surface without consuming energy. This is in contrast to large animals that move over the surface of the water, such as lizards, which have to keep running to avoid sinking through the surface.”

How the acrobatic Beetle walk upside down?

Further research is needed to confirm this thinking. It is also not yet clear why the beetle performs such acrobatic stunts. Scientists suspect that the insect mainly wants to avoid dangerous predators at the bottom of the pool.