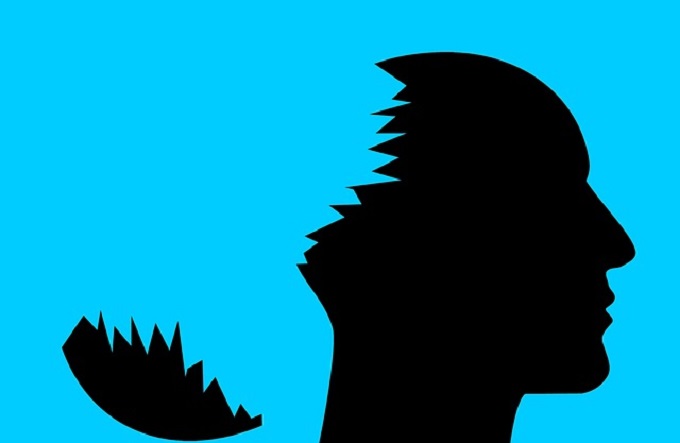 Each of us has our own set of personality traits. We are all different by nature. But sometimes, character traits can be easily confused with a mental disorder when a person needs professional help from a specialist. Many may even not pay attention to their oddities, but this can entail serious consequences.

We have collected 5 of the most common character traits that can be a mental disorder.

You do not complete the work you have begun

Suppose you boldly, with special enthusiasm and zeal, take on a lot of things simultaneously, but at the same time do not bring any of them to their logical conclusion. In that case, this may indicate a mental illness such as bipolar disorder. This condition is also called manic-depressive psychosis.

This mental disorder has two stages:

Constantly high spirits characterize a person in this stage. Sleep in such people can last only a couple of hours, while the feeling of drowsiness is absent. In addition, there is an increased speech and motor activity. Hence the desire to take on all matters at the same time.

In this situation, a person is in a bad mood and experiences complete apathy. Inhibition of thinking and a decrease in motor activity are noted.

The business started never has a logical conclusion because, in a depressive state, any desire to do something disappears.

Any undertakings by the type of hobbies, whether classes in sports sections or art that you started but soon refused to attend, do not count. But if we talk about other started and not completed one, two, three projects/cases, this may be an alarm bell that requires the help of professionals.

If you strive to bring any business you start to perfection, this can signal an anxiety disorder, but only if you are driven by fear, such as losing your job, getting a serious illness, becoming a victim of an accident, etc.

Such people are characterized by excessive scrupulousness and concentration. Perfectly executed, even the smallest things can distract such people and give them a temporary feeling of a favourable outcome because everything is done to the maximum.

And if a sense of perfectionism follows you at every step, interfering with your life, then this is not a character trait at all but rather a severe mental disorder.

The obsessive pursuit of perfect cleanliness is a major symptom of obsessive-compulsive disorder (OCD). This state is characterized by obsessive thoughts that do not give calm now and then, entailing often repeated actions to drown out the anxiety.

Such protective actions, called compulsions, are represented by frequently repeated daily rituals that must be performed, for example, check three times if the front door is closed, wash your hands a certain number of times, close the door behind you, open it again to check if it is turned off.

Many women can live for many decades with clear signs of OCD, expressed in the desire to clean the house 24/7.

But the passion for cleanliness does not always lend itself to recognition as a mental disorder. And all because of encouragement from the outside, when the hostess is praised for the fact that she has a clean house and everything is always laid out on the shelves.

The desire to live in cleanliness and order is characteristic of perhaps every girl /woman. But if you don’t go to bed until you clean up the kitchen, or wash the refrigerator, or vacuum before bed, or straighten your couch cushions, then you need urgent psychological help.

Today, many fair s3x is highly concerned about what they eat, creating and strictly following individually tailored diets. But eating is delicious and at the same time losing weight is normal. But limiting yourself in everything and eating unpalatable food is already an alarming sign called nervous orthorexia.

This is when you are trying to cram into yourself a product that tastes disgusting to you, but you are driven only by the thought that it is useful. As a result, the so-called “junk food” that is forbidden to be consumed by those who follow the figure can cause you a real fear.

Orthorexia Nervosa is a serious mental disorder that can affect human life. Therefore, as a rule, those who suffer from such ailment choose their circle of contacts, hobbies, and even work, depending on other people’s eating habits.

If you suddenly notice that food is becoming one of the main aspects of your life, we hasten to upset you; you can join the ranks of those who suffer from nervous orthorexia.

A psychologist can “diagnose” such a personality trait as introversion or extraversion for each of us. But it is hardly possible to call this feature natural. So an extrovert tends to suffer from a mental disorder from childhood, and an introvert is talented in playing the role of an extrovert.

A striking example of the latter is comedians, withdrawn and avoiding communication in real life, people who play and talentedly portray the joy and openness of an extrovert.

If introversion does not interfere with your usual life rhythm, this condition is not considered a mental disorder. For example, you were choosing a profession where you don’t need to communicate with people.

But if your introversion gives you trouble, causing fear and panic, such as a call to a stranger or a work meeting, this indicates signs of generalized anxiety disorder.