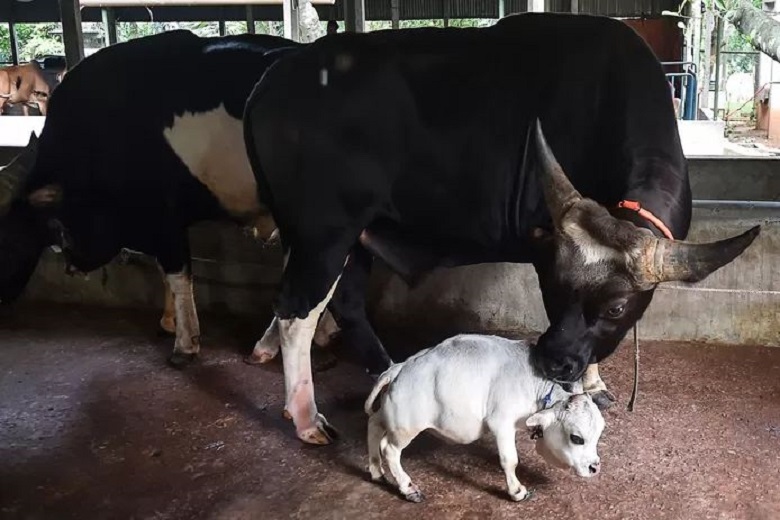 Thousands of people have gathered in Bangladesh to see a dwarf cow. The cow, named Rani, is barely 51 centimeters high and 66 centimeters long. According to the owners of the animal, it is, therefore, the smallest cow in the world. Rani has become a real phenomenon on social media due to her small build.

Residents of all kinds of cities in Bangladesh flock to the cow’s home, a farm in Charigram, located about 30 kilometers from the capital Dhaka. The animal, which is only 23 months old, is barely 66 centimeters long and weighs about 26 kilograms.

According to the owners, Rani is ten centimeters shorter than the smallest cow, according to Guinness World Records. The record is currently held by Manikyam, a cow with a height of 61 centimeters from the Indian state of Kerala.

The visitors to the farm are already wildly enthusiastic about Rani, the dwarf cow. “I have never seen anything like it in my life,” said 30-year-old visitor Rina Begum. “People are traveling long distances despite the lockdown. Most want to take a selfie with Rani,” says Hasan Howlader, the owner of the farm. According to him, more than 15,000 people have visited Rani in the past three days.

Rani is a Buthan cow. Her congeners in the farm are all twice the size of the dwarf cow. Howlader reports that Guinness World Records will make a decision within three months on which of the two cows, Rani or Manikyam, will be crowned the record holder.