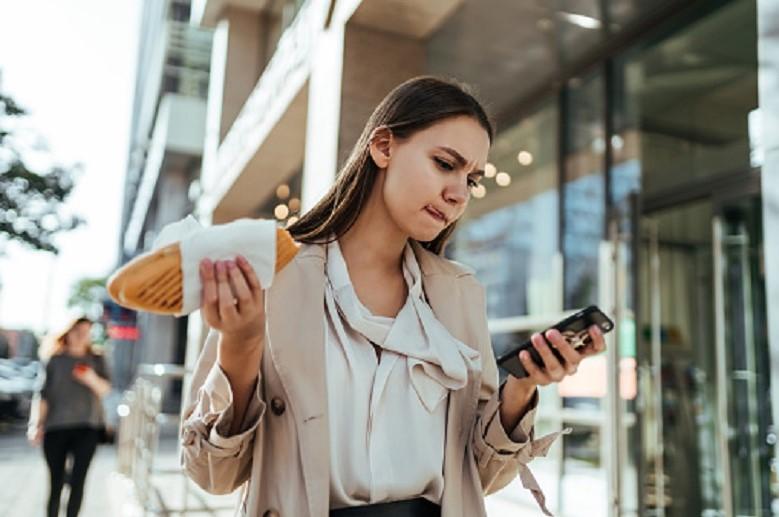 So, you decided to write a message to the guy /man you were dating, and maybe something flashed between you.

He doesn’t answer your message, and you look at your watch, wondering why. The longer it lasts, the more thoughts appear in your head.

Think before sending another message.

To not be afraid to miss and understand better what is worth writing and what can frighten off a man, read this article.

Do not forget that emotions are lost through the message, and whoever receives it may interpret your text differently.

Here are some of the most off-putting types of messages. Try to read them to the end.

What messages a man most likely will not respond to

Guys don’t need to hear every little thing about your day. Maybe you are used to communicating with your girlfriends like that, but it is a bit too much for guys. They want an overview, not details.

He doesn’t need to know about your every move. Plus, it’s an excellent opportunity to create a little puzzle without sending him text messages about everything that happens to you. Instead of telling him in detail about your weekend getaway with friends, just let him know that you have weekend plans with your girlfriends. Simple and to the point.

A little riddle is good. It makes you seem like a person who has something going on in life, and the man will be more interested in what you do in your free time.

Also, please pay attention to how much he writes and how much you write. If you notice that you have written a lot more, give him time and express himself if he desires.

Do not write to him that you are bored, and do not ask: “How are you? What are your plans?” hoping that he will entertain you. When you send boring messages, you seem like a boring person who has nothing going on in life, who has nothing to offer.

A man always writes with a purpose. He doesn’t like to beat around the bush. When guys write to each other “Hello, how are you?” to find out how you are. They need to know this to build their plans.

Instead of a boring message, please send him a question or a funny story that happened to you. Write to him something valuable, such as getting to know each other better or showing your best character traits.

Such messages are usually sent by women when they are angry. Instead of saying precisely what you are offended, you throw him hints in a message, hoping that he will understand them and apologize.

You don’t need to answer him “K” or “OK” or, even worse, put a full stop at the end of a single-word sentence – this will not lead to anything good.

He may not understand your hints, and you will get even angrier.

If you are upset, tell him so clearly and concisely. It is even better not to write him messages, but to talk in person or by phone. Both of you will feel much better communicating in this way, and the results will be more effective.

4. “Why aren’t you answering my messages”

So, you write to him, and he does not answer for several hours, and you decide to write:

“Why aren’t you answering me?”

The best thing you can do is not take his silence personally. He may be busy, or something happened at work, or the sound is muted, or he forgot his phone.

Focus on something else and do anything that doesn’t require a phone or watch. Now is not the time to start panic messages.

If he likes you, he will find a way to contact you. If he doesn’t, move on and don’t waste time analyzing or figuring things out.

Men do not like talking about relationships, and they do not want to communicate on this topic through messages. They would prefer to have a one-on-one conversation so that everything is clear and understandable to them, and the text message can be misinterpreted.

Messages you can write to a guy include flirting, sharing interesting information, and making plans. But it would help if you did not use instant messengers to arrange psychotherapy sessions or communicate for a long time on emotional topics.

Jealousy cannot and will not be liked by anyone, especially in a message, where it can quickly get out of hand.

Maybe you noticed that he likes some girl’s photos on Instagram, or your friend saw that he is talking to another girl. Don’t pounce on him with your messages!

If you want to know how to scare him off using text messages, send him something accusing. For him, it will look like a million red signals that follow him everywhere.

This is not about not being upset or about closing your eyes to certain things. The point is that you should not argue with him on this topic in messages. Take a step back, find the essence of what is happening, what really bothers you, and then decide how to deal with it, not virtually, but personally.

7. Messages hinting that you are following him

In the age of social networks, it is easy to find out where and with whom your man was, what he talked about, and what he was interested in. At the same time, it is essential not to start writing messages with questions about where he will go or where he was and with whom he communicated (unless, of course, he did not tell you directly).

If you stumbled upon his photo on Instagram, where you are not, and the place is unfamiliar, it is better not to ask unnecessary questions; otherwise, you will look like a psycho stalker.

In addition, there are times when he tells you that he is going, for example, to the gym, and you find out that he visited a friend. You don’t need to talk to him about it (if he doesn’t tell him himself). There may be a million reasons why his plans changed.

If you find yourself starting to follow him online, take a step back and focus on your interaction with him.