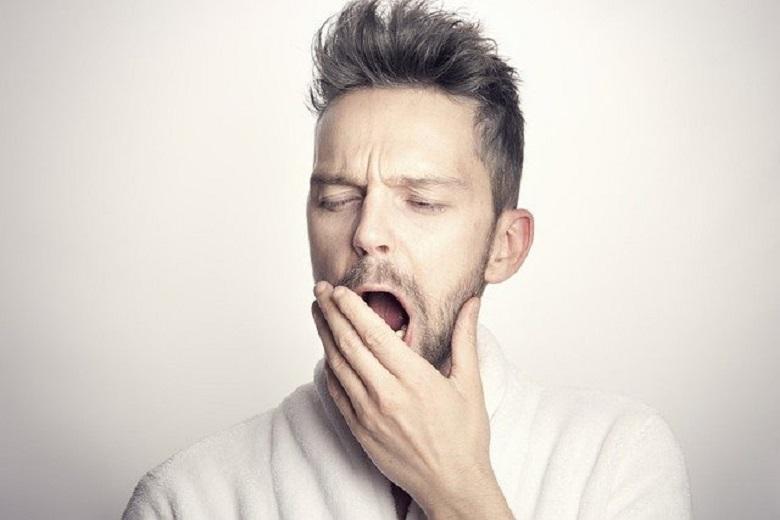 Sleeping less than one or two nights less than usual can lead to a hazy, unproductive day, but it is generally less dangerous.

When you don’t get enough sleep regularly, you will quickly begin to notice a whole host of undesirable health effects.

Sleeping less than an hour or two can lead to:

What happens if you stay awake all night or even longer?

If you’ve been working on a project all night, studying for an exam, or recently becoming a parent, you will be familiar with this condition.

Our bodies need sleep to function correctly, and sleep loss is not just a minor nuisance but can have quite serious consequences.

So how does our body respond to lack of sleep?

Staying awake for 24 hours can affect you in the same way as poisoning.

A 2010 study found that staying awake for 20 to 25 hours affects focus and performance in the same way as a 0.10 percent blood alcohol level. In many places, you are legally considered drunk with a blood alcohol level of 0.08 percent.

You shouldn’t drive or do anything potentially dangerous if you haven’t slept all day.

A sleepless night also has other consequences:

After 36 hours without sleep, you will begin to notice more severe consequences for your health and body function.

Prolonged disruption of the sleep-wake cycle puts your body under stress. In response to this, the production of the stress hormone cortisol is increased.

Hormonal imbalances can affect your body’s typical responses and functions. You will notice changes in mood and appetite, increased stress, chills, and other changes in body temperature.

Oxygen consumption can also decrease when you are awake during this time.

Other consequences of not sleeping for 36 hours:

When you stay awake for 48 hours, things get pretty bad. You can walk through the day in a foggy state, completely unaware of what is happening.

The general effects of sleep deprivation usually get worse. It may be even more difficult for you to concentrate or remember something. You may also notice how your irritability increases and mood swings occur.

You can also find it much more challenging to stay awake.

After 2 days without sleep, a person often has so-called periods of microsleep.

Typically, you are not aware of what is happening until you come to your senses, and often you wake up with some feeling of confusion and drowsiness.

If you survived 3 days without sleep, strange things might start to happen to you.

The chances are excellent that you won’t be able to think about anything other than sleep. It will be difficult for you to focus on conversations, work, even your thoughts.

Even simple actions, such as getting up to find the right thing, will seem very difficult to you.

In addition to extreme exhaustion, you will notice a rapid heart rate, mood changes, and problems with emotional regulation. Often, there is depression, anxiety, paranoia, and even after a few sleepless nights.

Lack of sleep during this period can affect your perception of reality:

Put, not sleeping for more than 3 days or longer is very dangerous.

The side, as mentioned earlier, effects are exacerbated. You may experience more hallucinations and increased paranoia. Ultimately, the symptoms of psychosis can lead to a break from reality.

There is an increased risk of accidents while driving or performing potentially hazardous activities, as you will experience more micro-sleep periods.

Eventually, the brain will stop working correctly, leading to functional organ failure and, in rare cases, death. In addition, the risk of accidents, falls, and injury increases dramatically.

How many people can live without sleep?

Some people can survive surprisingly long without sleep. One of the most famous sleep deprivation studies occurred in 1964 when 17-year-old Randy Gardner voluntarily deprived himself of sleep for 264 hours (11 days).

During the experiment, which the researchers observed, the teenager was still able to function, although his mood and concentration were impaired, and he had periods of paranoia and hallucinations.

Randy’s health did not seem to be affected: he could speak, play games, and perform several mental tasks.

When he finally fell asleep, he slept for only 14 hours and 40 minutes, woke up naturally, stayed awake for 24 hours, and then slept for a normal 8 hours.

Since then, there have been many attempts to break that record, including Maureen Weston in 1977, who did not sleep for 449 hours.

However, the Guinness Book of Records stopped registering these attempts to discourage people from depriving themselves of sleep, as this carries a significant health risk.

Animal studies do hint that death from sleep deprivation is possible. In the 1980s, the University of Chicago carried series of experiments on rats and found that after thirty-two days of sleep deprivation, all of the rats died.

In a rare genetic disorder known as fatal familial insomnia, sleep becomes fragmented and disrupted to the point where a person cannot sleep. After all, prolonged sleep deprivation is fatal after about 6-30 months.

The actual limits of how long we can live without sleep are still unknown.

Research related to sleep deprivation has generally been suspended for ethical reasons.

However, lack of sleep is the cause of deaths associated with:

Do you take a shower every day? ‘That’s actually too much’