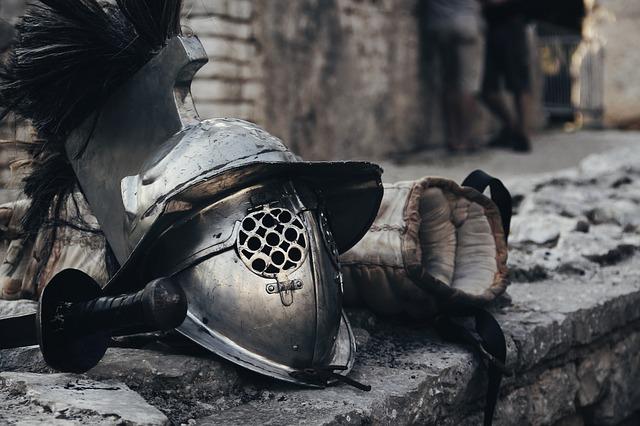 Bronze tan, a myriad of scars, and an athletic physique are most contemporaries’ images of Roman gladiators. A similar image of the heroes of the Colosseum is cultivated in world cinema. However, not so long ago, there was a theory that gladiators were, if not similar in build to sumo wrestlers, then they were well-fed men. Is it so, or was society presented with a new fake myth? Let us find out.

Research on the gladiator cemetery

The theory about obese Roman gladiators appeared at the end of 2008. It was then that the popular journal Archeology published an article by Austrian paleopathologist Karl Grossschmidt, which was called “Gladiator Diet.” The scientist described the findings and research that he and his team had made on the excavation of the cemetery of these participants in the deadly shows in Roman amphitheatres.

Let’s start, perhaps, by explaining who palaeopathologists are. These scientists study diseases of ancient people and animals based on their remains found in excavations. So, Karl Grossschmidt and his colleagues carried out several analyses of the bones of ancient Roman gladiators. They came up with a very bold version – almost all gladiators were fat people.

Paleopathologists have concluded by studying the fossils of the fighters that they all ate a rigorous carbohydrate diet. According to Grossschmidt’s team, the basis of a gladiator’s daily diet consisted of all kinds of cereals, grains and vegetables. As for animal protein, meat, the gladiators ate very little of it.

Scientists have suggested that the arena warriors made up for the body’s natural need for protein by eating beans. This was indirectly confirmed by the ancient nickname of gladiators ‘barley men’, which appears quite often in Roman sources.

In his theory, Karl Grossschmidt summarises that Roman gladiators gained weight deliberately. For this, according to the scholar, the fighters had at least two reasons.

First, a thick layer of subcutaneous fat protects nerves, blood vessels and vital organs from cuts. These wounds looked very impressive and intimidating from the outside, although they were no serious injuries.

And secondly, obese gladiators were visible in the arena, even from the very upper rows of large amphitheatres such as the Roman Colosseum.

Fat does not mean strong

Grossschmidt’s theory quickly ‘went mainstream’ and remains popular today. However, not everyone agreed with it from the beginning. In 2010, historian, re-enactor and sportsman David Black Mastro criticized the arguments of the Austrian paleopathologist. And he did this very reasonably.

According to Mastro, Grossschmidt did not consider the real strength of blows inflicted by cold steel weapons. An example was the message of Roman historian Titus Livius, in which he said that the Macedonians were very afraid of sharply honed Roman short swords – gladius.

David Black Mastro also recalled that Claudius Galen, the famous Roman physician, was critical of the vegetarian diet. While working as a doctor to the gladiators of Pergamum, he left quite several records about the treatment of his patients’ injuries, their diet and training regimes.

According to Galen, the carbohydrate diet contributed to “making the flesh soft.” But for a gladiator fighting in the arena, this is simply unacceptable. The doctor made the fighters work off the extra kilos with long workouts.

And the last indirect proof of Grossschmidt’s theory was the famous treatise “Summary of military affairs,” author of which was Publius Flavius Vegetius Renatus – the famous Roman military theorist. According to this authoritative work, among other things, a soldier was required to have “broad chest, strong arms, muscular shoulders, flat stomach, slender calves, buttocks and feet that do not swell from excess fat. In the end, Vegetius Renatus sums up that it is far more useful for warriors to be strong rather than huge.

Instead of an epilogue

Naturally, one can disagree with Mastro’s denials and reasonably assume that Roman gladiators were far more malnourished than legionaries. Even wealthy Romans would hardly feed slaves, even if not simple, with lamb or bull’s meat all the time. But it is also doubtful that the Romans could have considered a huge fat body a plus for a fighter.

Be that as it may, the question of Roman gladiators’ physique was remains open. New archaeological findings may finally dot all the i’s in this debate.

The era of the gladiators has faded into the past with the advent of Christianity. However, looking at the remains of Roman amphitheatres makes you want to travel back in time to see the legendary battles of brave warriors. Of course, you could organize quite an authentic re-enactment of the fights in the most majestic arena of antiquity.