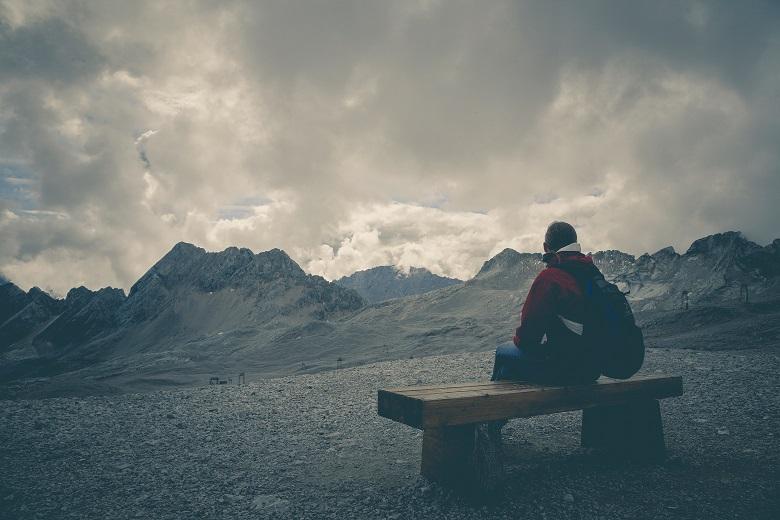 Why is feminism still popular today? It would seem that women have already achieved the right to vote and choose a field of activity. We can live how we want. But it was not there! Our world is masculine, tailored according to masculine laws.

We occasionally come across cases of horribly unpleasant s3xism. Yes, of course, time teaches us not to notice this (by the way, how good it is is another question). And yet, for men – even in their masculine world – life is also not easy.

By the way, the expression “stronger s3x” is a vivid example of sexism, which we have already learned to put up with. Yes, men created this world, but it is not easy for them to live by their own rules. At first glance, it seems that it is the man who lives the best life.

In the imagination, a modern darling of fate appears – a young, strong guy, in front of whom all roads are open. He can choose any career, any social path. Personal life is also flourishing: a rare girl will refuse to be with such a man! Guys feel less competition on their skin than women.

This is because there are still more women than men in most countries. However, there are still fewer girls in the world: there are about 98 women for every 100 guys. But at the same time, the patriarchal structure does not even think to weaken the position. Why is it not that easy for men? There are at least five reasons for this.

If girls are allowed to show emotions (moreover, it is even encouraged by society), then for men, it is taboo. Especially when it comes to fear. The stereotype dominates in society: a guy is a defender, so he must be brave, courageous. Men are often denied the most elementary, seemingly natural manifestation of ordinary human feelings. The guy is deprived of the right to fear. What could be worse than an accusation of cowardice? Even a little boy cannot be afraid of the dark, dogs, spiders.

Otherwise, he risks earning an unpleasant nickname, which, perhaps, will remain with him for life. And it doesn’t get any easier with age—quite the opposite. A man also has no right to worry about the future, be afraid of air travel, worry about a meeting with his superiors.

Doubt, like fear, is strictly forbidden for men. Unless, of course, guys do not want to turn into pariahs and become a laughing stock in the eyes of society. A man must radiate confidence. He is not afraid; he has no doubts. “Let’s breakthrough!” – this is the motto of a real representative of the “stronger s3x”.

A man cannot but know something because he is in charge; he makes decisions. He can’t afford to hesitate. As it is believed in society, Guys are responsible for themselves and their families.

And this is another time when guys are forbidden to show simple human emotions. Tears are a sign of weakness, sensitivity. And a man cannot afford to be weak. Too much fell on his shoulders. Only women cry because they are sentimental beings.

Although we understand how monstrous this stereotype is! Nevertheless, many parents continue to educate their sons in the best traditions of patriarchal foundations. “Don’t cry, you’re a man” is a phrase that every little boy has probably heard at least once, but still. Real men, having just got out of the cradle, bravely bite their lips and demolish any obstacles in their path.

You should never cry: it doesn’t matter if you get a painful vaccine or suffer because your beloved pet has died. Sentimental tears (even when watching Titanic! ;-), compassion, resentment, sorrow, pain and love – all this can be felt but not demonstrated. Subtle emotions are prohibited. You can laugh, get angry, and so be it slightly upset. That’s the whole allowed palette of public emotions for men. It is forbidden to be sad and depressed. Not a lot, right?

A man does not care about his appearance

Men, in the opinion of society, are unpretentious creatures. What do they want? Shampoo that he will use to wash his body, hair and dishes, razor and clean clothes. Although sometimes not very clean is allowed. Who knows the phrase “a man should be a little more beautiful than a monkey”? Guys bravely endure shopping with their wives.

But they are strictly forbidden to enjoy shopping. On the contrary, men are supposed to reluctantly, with disgust, try on new clothes, pay off and proudly leave the next shopping centre. But if a guy cares about his appearance, regularly visits a hairdresser, buys perfumes or – God forbid – cosmetics, it already looks very suspicious.

Man is a perpetual motion machine

This stereotype especially applies to the s3xual sphere. It is women who have a “headache”, while guys never hurt anything. This is such a perpetual motion machine, always with hands and feet “for” physical intimacy. Women are allowed to flirt, refuse, unwilling to get close.

But a man should, in society’s opinion, feel a pull at the sight of any pillar. In addition, a man not only constantly wants intimacy but can also give it. If he does not show such concern, then something is wrong with him. And no one cares that the guys also get tired, get sick, sad. They may want to be alone or love books more than physical intimacy.

There is, however, an exception to this rule: a man is allowed to calm down a little and stop lashing out at anything that moves if he is married. Or if he at least got an official couple and is faithful to her.

What are high human vibrations?