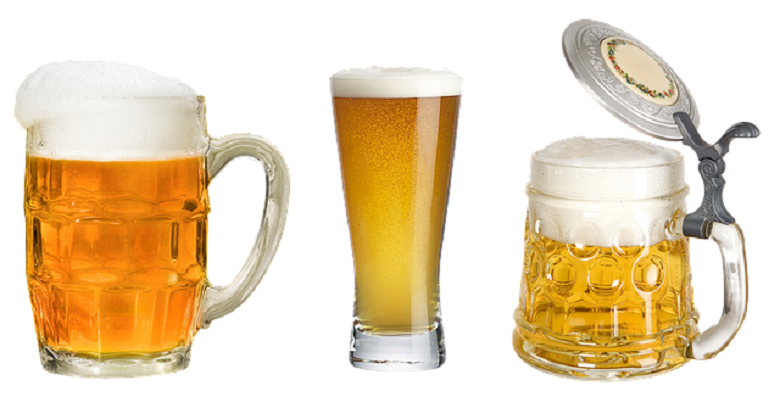 If you have a habit of sipping a mug or a bottle of beer after work every time to relax, it may be worth considering how it affects your health.

It is imperative to set some limits.

It should be noted that the influence of beer on a person depends mainly on the amount of drink consumed, as well as on how young and strong the human body is.

Many beer drinkers can find evidence of the benefits of this drink. However, no one can say for sure what exactly “a lot” means for his body, and as you know, excessive consumption of such drinks is seriously harmful to health.

Drinking beer every day increases the risk of cancer

The World Health Organization (WHO) also states that alcohol consumption increases the risk of many types of cancer, including cancers of the mouth, pharynx, larynx, oesophagus, liver, intestines, and breast.

She warns that even if you do not drink beer, after hearing that in small quantities it can be harmless, you should not start drinking it.

There are examples of longevity among people who regularly drink alcohol. Some believe that it is genetics, but some studies say that moderate alcohol consumption reduces the risk of developing cardiovascular disease in both men and women.

This conclusion was reached by scientists led by Sreenivas Veeranki, assistant professor of preventive medicine and health at the University of Texas Medical Department, and Giovanni de Gaetano, director of the IRCCS epidemiology and prevention department Istituto Neurologico Mediterraneo Neuromed.

Not everyone believes it

Beer can shorten your life if you drink it every day. Not every medical expert believes that beer can prolong life. After examining a large amount of data, medical scientist Sarah M. Hartz found that even for those who drink alcohol in small doses every day, the risk of death increases by 20%, especially in older people.

Drinking beer every day doesn’t mean you’re an alcoholic. However, it may indicate that you have developed some dependency that often goes hand in hand with alcoholism. Still, it’s not the same thing, explained the director of the National Institute for the Control of alcohol and alcohol abuse (National Institute on Alcohol Abuse and Alcoholism ), George Koob.

It is essential to pay attention to your addictions. Sometimes, after a hard day, a person wants to drink more than he needs. This can be a severe problem, especially when a person is often under intense stress.

Rob Hobson, a nutritionist, stated that a healthy human body could handle a little alcohol, but significant problems arise when a person starts drinking a lot of alcohol regularly. This habit can lead to changes in s*x hormones.

Excessive alcohol consumption can lead to increased levels of estrogen and progesterone in men, as well as erectile dysfunction and decreased sperm count.

Deficiency of vitamins and minerals

A study published in 2000 found that beer contains protein and B vitamins. While this is good, don’t expect your health to improve from regular consumption. Alcohol, including beer, can increase the need for certain nutrients that the body needs to cope with alcohol.

We obtain vitamin B12 from dairy products, eggs, and beef. If you drink beer frequently, your body will find it difficult to digest these foods.

Even moderate alcohol consumption may cause stomach inflammation. This inflammation causes the cells in your body to stop producing the so-called “Intrinsic Factor (Castle Factor)” – a protein that binds vitamin B12, which enters our body through food, and converts this vitamin into an absorbable form.

A lack of vitamin B12 can lead to high homocysteine levels, which over time can lead to heart attacks and strokes.

Hops and barley contain silicon, which helps maintain bone density. It also has a positive effect on the health of the brain. However, we do not use raw hops and barley, but only after fermentation. The resulting alcohol only destroys joints and the brain.

Remember that beer is a diuretic drink. It washes out many trace elements, which is why their deficiency is created in the human body.

Drinking large amounts of alcohol can lead to the development of alcoholic liver disease. According to experts, this potentially fatal condition results from excessive alcohol consumption, which damages the liver, leading to fat build-up, inflammation, and scarring.

Beer drinkers are at greater risk of developing this disease than wine drinkers. This is especially true for women, as alcohol is absorbed more slowly in their bodies.

Beer drinkers often think that they don’t drink much alcohol, which can play a cruel joke. A couple of glasses a day gradually loses control, and the person gradually increases the amount of alcohol consumed.

The first sign of beer alcoholism: It is challenging to relax and chat with friends without a glass of beer.

The second sign: it is difficult to quit drinking; the help of a specialist is needed. The alcohol victim develops symptoms of a hangover syndrome:

Beer alcoholism leads to disruption of the heart and blood vessels:

In addition, the work of the brain is disrupted: its cells slowly die off, which leads to impaired coordination of movements, a gradual deterioration in memory and perseverance.

According to the World Health Organization, beer leads to colon problems. Moreover, as a result of its regular consumption, malignant tumours can form in the intestines.

How to solve a problem at work

Career building: where to start for a beginner

How to remove blackness from silver: ways to clean silver at home