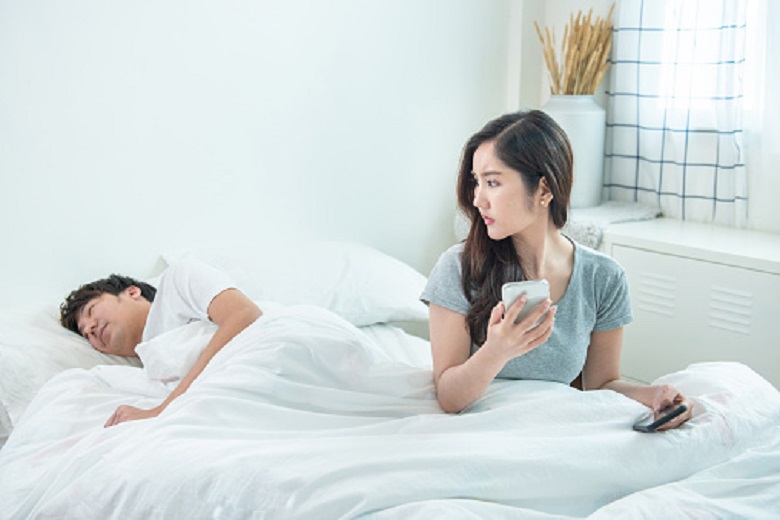 Who cheats more often – men or women? Haha, you say, of course, men! And you will be correct, at least for now. Statistics from decade to decade confirm the main weakness of the stronger s*x.

Surveys undertaken by scientists at Boston University in 2016 as part of a large-scale project to study family relations found that, on average, 20% of men had cheated on their other half at least once, compared with 13% of women.

However, in an American study of 2018, psychologists discovered a nuance: women’s infidelity in the age group of 18-29 years outdid men. As it turned out, Matured women have no time for adultery, while restless men continue to do this, increasing the score gap.

The Boston University poll update published by experts this year eliminates the usual difference. These days, the gender gap in infidelity has practically disappeared: men and women cheat for similar reasons and with the same enthusiasm.

It is curious to know the opinion of experts on why women are increasing the activity of cheating. What are they, in a sense, us? And where does the trend of adventures take us? This is what psychologists say, explaining the reasons for what is happening. First of all, women are cheating.

If someone convinces you that men cheat for the sake of sensual pleasures, and women – because of romantic preludes, laugh in the face of the ridiculous translator of medieval ideas. “Women, like men, value good sex and can easily fall into unfaithfulness with whoever turns them on.”

A study published last winter in the Journal of S*x Research confirms that most men are tempted to cheat out of a desire for diversity. Still, a thirst for experimentation also heads the list of reasons for female infidelity.

2. Due to dissatisfaction with the relationship

In the same study, the second most popular reason was identified: women cheat because they are not happy with the one around them. The married ones, with whom they live or have a long romance.

Even if love is still flickering, a woman who is tired of current relationships (quarrels, boredom, domestic troubles, financial problems) will look for an object for flirting on the side. A love affair adds adrenaline to life – women of any age and status will confirm this.

Reason number three – something went wrong. Events developed on a whim, and, perhaps, the brain of the unfaithful lady was slightly drugged. Circumstances arose, the mood matched, and she gave herself up. Not to him, but to the situation, which he will later justify in front of himself and her friends: “well, I went over it…”, “it was a mistake,” etc. “Sometimes there is no sense in a betrayal that has happened, except for an opportunity that the woman could not or did not want to miss

at the moment,” adds Dr Nelson.

“Everyone makes mistakes, and even respectable married ladies can act impulsively and then regret it.”

4. From a thirst for intimacy

Physical or emotional closeness are basic needs that we social beings naturally desire to satisfy. If a woman does not get enough intimacy in the current relationship, and someone is spinning nearby, ready for this very closeness, the chances of mutual attraction increase significantly.

“A survey of our university found that women are involved in contacts on the side with more sensory feedback than men. The thirst for intimacy and romance are justifiable aspects of female infidelity,” explains Alison Hardy, a psychologist at Boston University.

5. To know what is desirable

Both women and men cheat because they want to feel like an object of love and adoration. “Lack of attention in a relationship pushes a woman into the arms of another, in words and deeds confirming his love for her. It is difficult to ignore courtesies, compliments, and genuine passion, regardless of the family values and the seriousness of the relationship it is in,” says Nelson.

6. Due to low self-esteem

Low self-esteem can also motivate a woman to search for feelings on the side, says Alison Hardy. “If a partner is stingy with approval but unreasonably generous with criticism, the accumulated need for love and understanding will sooner or later force a woman to seek support on the side.

Even if she is used to neglecting her desires, the subconscious will find a way to remind her that she deserves more, and fate will throw a meeting with someone ready to discern all the good that is in her. “

7. Because they want a divorce

Sometimes cheating is a hidden manifest that a woman is ready to end an existing relationship but finds it difficult to announce her decision. This behaviour is unfair to the partner, although it is understandable from a psychological point of view. Tammy Nelson also notes that sometimes cheating expresses an urgent need for a change in the current relationship.

“Cheating is destructive, but it does not necessarily mean the end for the couple, and sometimes it gives an impulse for a change for the better,” says the s*x therapist. – Events can develop according to two scenarios: divorce without protracted efforts or acceptance of existing problems and joint work on their solution. If you love each other and want to be together, over time, you will regain trust, and your bond will grow stronger in these trials.”