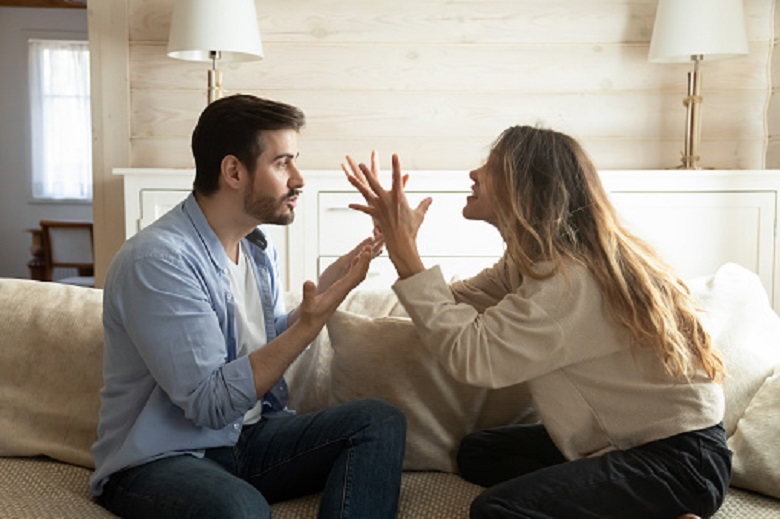 To put those painful fights behind you, you have to re-educate yourself. You’ve developed a habit that won’t improve your relationship. Keep in mind that you are not together to burn each other down every time. You can squabble, you can’t argue.

Quarrel starts and ends with yourself

Usually, couples want to stop arguing. They see the damage from their common sense. They are the main obstacle. Partners are often convinced that they will not succeed. A quarrel has become normal. And according to some views, it is even healthy.

The partners do long for good conversations without name-calling. But they don’t see it. It now feels so familiar that they don’t realize how they ended up in a whining mode. Complaining is easy. Decisiveness is much more difficult. Such partners use excuses from the list below.

You can expand the above list yourself. What is presented as facts are, in fact, entrenched assumptions. They only open up when fighters feel the need that they want to change. The starting point for this is the fundamental question: Do I want to be this person with this behavior? Do I want to remain the angry/quarrelsome partner? It can help you realize how you look at yourself by imagining yourself on your deathbed, contemplating your life.

Sounds a bit extreme, maybe, but still. We agree that life on earth is finite. Are you satisfied with how you behaved yourself? What would you have done differently, and what do you regret?

The ability to argue shows great strength. The relationship indeed becomes a mess, but the energy, drive and ease with which partners chase each other out is astonishing. The ruffs are very adept at the wrong things. If you have a point to argue, you also have the power to stop it.

Then you use your fighting spirit to make peace, and you use your verbal acuity to redirect quarrels. Then you contribute to the solution of the problem instead of causing it.

From arguing to talking

Of course, you can’t agree with each other. And your opinion should also be heard. So put some good intentions in your banner. And stick to that too. Say sorry and practice sincerely if you fail. This is how you educate yourself again. Change starts with yourself.

The cheat sheet against arguing

A pat on the back if it works

It is a satisfying feeling to notice what you can and don’t have to be the victim of your behavior and emotions. And that you can proudly say: we managed to avoid conflict for at least a few days this week! You change in small steps.